Today’s Music Monday takes me back to this site’s musical roots. Frankly I’m surprised it took this long for him to reappear. Get it, because his name is Michael… ah shut up.

Michael Franks has been my favourite singer/songwriter since I was barely old enough to understand what half his witty lyrics meant. Online guides pigeonhole him as a latin jazz musician, but his (damn it) repertoire has also included various forms of jazz funk, fusion, and even a sprinkling of pure 1980s electronica. His music never fails to bring a smile to my face every time he comes up on random. 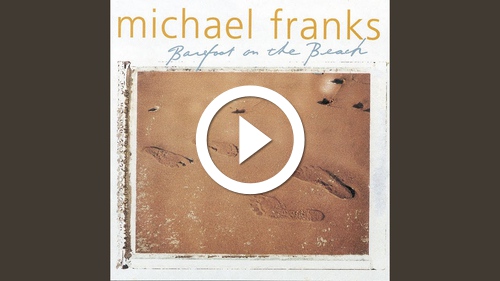 “Heart Like an Open Book” comes from his 1999 album Barefoot on the Beach. It was the first album of his that came out when I was old enough to leave the house and rush to the music store to buy it. My music player brought it up twice this afternoon, such was its motivation to remind me of its awesomeness.

These Porta Pro headphones recently lead me to rediscover the great bassline and drums on this specific track. Michael always had such excellent backing musicians.