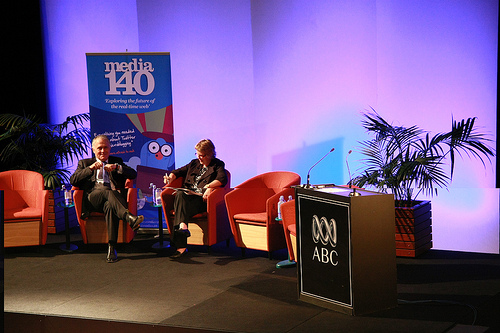 Reading a blog post from the always fabulous Renai LeMay on Delimiter (Give Turnbull a break, he’s a funny bastard) got me thinking. Always a dangerous thing.

Creative Commons photo by Mushroom and Rooster on Flickr

I grew up in Singapore and Malaysia and have only recently started to take a keen interest in Australia's infocomm industry, and with politics here in general. I like using the word "keen" because it reminds me of Commander Keen which I still maintain was (and still is) the greatest side scrolling game of all time. Allegedly I'm weird however for preferring the classic episodes to the later isomorphic projection ones. But I digress.

Coming back to Australia, one of the characters I wasn't able to easily compartmentalise was a bloke by the name of Barnaby Joyce. Man, what a rogue senator. He's always such a rogue. He's like… a rogue guy who rogues with his rougeness.

I kid, the guy I really found difficult to place goes by the name of Malcolm Turnbull.

Here's a person who has actually worked in the real world for part of his life before becoming a politician so he has a grasp of what the general public go through as opposed to a secured cushy job in Canberra that's insulated from the real world. He has a semblance of IT knowledge. He takes the train and talks to regular people. He's still a politician through and through, but has a refreshing candour few others dare posses.

More surprising still was he was a Liberal, and that as a guy brought up in a Labor family I didn't feel guilty liking him. When Senator Conroy was first peddling the mandatory internet filter and Kevin Rudd was tacitly endorsing it, I came close to thinking I'd vote for the coalition under Turnbull's leadership. When he was ousted, many of us on Twitter pushed him to pull a Don Chipp and either start his own party, or run as an independent. I'd have voted for him.

As an aside, ultimately I supported The Greens again given Senator Ludlam's continued determination to call out Conroy for his filter and relative lack of IT knowledge. I was glad beyond belief there was a voice of reason and common sense in the senate through this debate, and a nice counterpoint to folks like Fielding who thinks humans use dinosaurs as land transport devices 6000 years ago. Everyone's entitled to their own beliefs, but this was a guy in a debating chamber of our government. Its downright scary.

Now we come to the point raised by Renai LeMay in his Delimeter article.

There’s been a fair degree of animosity directed at Shadow Communications Minister Malcolm Turnbull over the past 24 hours over his claim that there is no evidence that Australians would benefit from higher speeds than available under ADSL2+ broadband.

Unfortunately this has only been the latest in a series of gaffs about internet connectivity from a man I thought knew better; it wasn't as if he even prefaced his remarks by saying "at present". Renai aptly compares this comment to Bill Gates claiming that you'd never need more than 640KiB of memory

One of the fundamental constants of IT — ironically enough — is progress. Moors Law (through various interpretations) is famous for predicting the power of integrated circuits would double every 18 months, and that existing power would halve in cost in the same time. I think the case can also be made for internet.

In 1997 when our family got dialup at home in Singapore, we were excited by how much material we could get through this tiny serial modem. We could get weather information, articles for school projects, news from back home in Australia, and even some shopping. Had someone told me back then we'd be watching 720p video over the internet at some point, I would have laughed! It would take too much bandwidth! It'd be too slow! I didn't have a supercomputer that could interpret and play such high resolution video! And why would I want to when I could go to a video store and buy a shiny new LaserDisc or VCD? 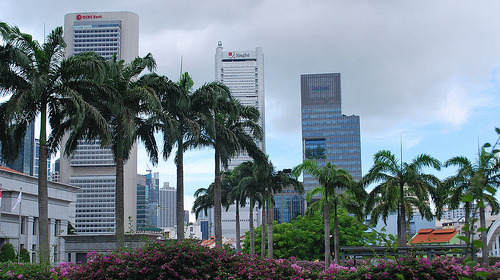 The point is, we have absolutely no idea what we'll be using the internet for in the future, and its incredibly short sighted for Malcolm Turnbull to claim our current speeds are adequate and all we need.

Singapore, as a small densely populated island nation and a pioneer, continues to be one of the few countries in the World in which broadband Internet access is readily available to just about any would-be user anywhere in the country, with connectivity of over 99%.

Having grow up in Singapore in an ocean of cheap, fast, unmetered bandwidth I'd even make the case that Australia's third world communications infrastructure is ill equipped to meet our current needs let alone future use. That's partly due to the geographic size of the country which is nobody's fault other than Slartibartfast, but nevertheless Mr Turnbull's assertion that our needs are currently been served by ADSL2+ is flawed, let alone his pontifications about the future.

I love the word "pontifications", I've come close to changing the Thoughts category here to Pontifications. That'd be sweet.

The problem is, he has a responsibility to tow the party line, and the Liberal's relative lack of inititive and leadership in this NBN debate other than to claim everything should be privately funded for short term gain means he has to endorse this position, even if perhaps he feels differently.

For reasons unique to his character, Malcolm had an unusually large amount of political capital with more pragmatic folks, but I feel comments like these are starting to erode it. People who used to respect him on social networks such as Twitter now reguarly mock his positions. Its a shame.

Forgive the terrible telecommunications pun, but I'm confident he can recover from this if he makes an honest effort to reconnect with his tech savvy fans who seem baffled and dissolusioned with him lately. As Renai said, he's a cool bloke. The ball is in his court. Which I shudder to say, because I was never very good at tennis. I can't run fast enough.