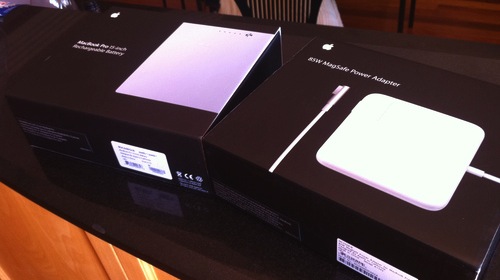 After a couple of months in mothballs, starting today MacTheKnife has been recommissioned for full service! I know, exciting right!?

Since iMugi the Mac Pro entered the picture to take care of the heavy lifting and Senjoughara the ThinkPad X40 was used for mobile work, MacTheKnife the 2006 MacBook Pro was relegated to secondary duties. This wasn't helped by the fact his battery was completely shot, and when Ruben's sister stole his power supply after she damaged hers, he couldn't even be turned on!

Yesterday though MacTheKnife got some new stuff, and as we speak he's with Ruben in a coffee shop typing this infuriatingly written third person blog post! He received a brand new battery and 85W MagSave power supply from the Apple Store on George Street in Sydney which means Ruben won't be able to eat for a month, but now he can use his Mac laptop again! 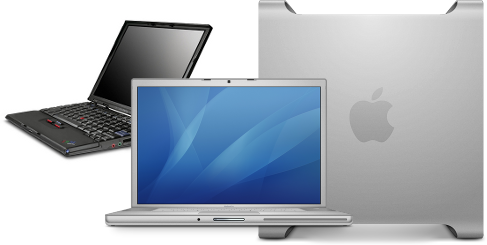 Ugh I just realised that lineup doesn't include my homebrew file server. Oh well, its not well designed like these anyway :P.

Blastie from the pastie. Mmm, pastie

Ruben bought his venerable, first generation MacBook Pro in March 2006, as denoted by a blog post discussing the then-new Intel/PPC Universal Binary situation (Universal Binaries for Mozilla Software). He ran Mac OS X 10.4 Tiger at the time, what a blast from the past!

Speaking of blast passing (wait, what?) Ruben was living in Malaysia at the time so the movie and concert tickets, CD covers and random coffee shop paraphernalia wedged between the lid and the clear perspex cover are like a time capsule into his life in 2006-07! Ruben thinks that while that's cool in a way, ideally MacTheKnife should receive a bit of an upgrade. For one thing, there needs to be a seriously large Ho-Kago Tea Time cover alongside the Blues Brothers and SOS-Dan ones (too much epicness?), and the ticket from when Ruben saw Bebel Gilberto, at the very least! 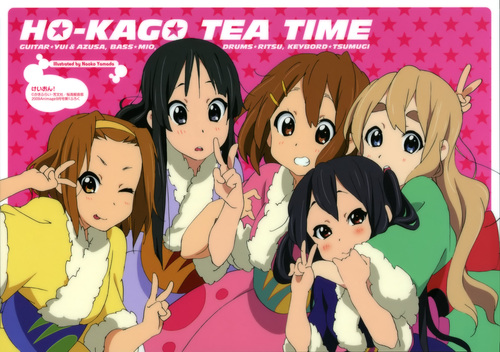 MacTheKnife has had a thorough screen cleaning, a new key chair for the S keycap installed so it doesn't wiggle in that irritating way, a thorough polishing of his discrete-construction aluminium enclosure, and a compete reinstallation of OS X Snow Leopard from scratch, just to be nice and clean and fresh and new and lovely :).

Ruben also has some BIG plans! Now that MacTheKnife isn't Ruben's primary production machine now and is more of a portable workstation thingy, he doesn't need a massive internal drive any more and can probably swap it out for an SSD. He's also going to try finding a replacement keyboard cover, and removing the SuperDrive completely. He never uses it, and it just makes the unit heavier. Finally, he'd love if he could replace the hulking ugly closed Telstra NextG Sierra Wireless dongle with an internal ExpressCard/34 to make things neater, but he's not holding his breath.

Finally, Ruben thinks this post has gone on long enough, so he will cease!