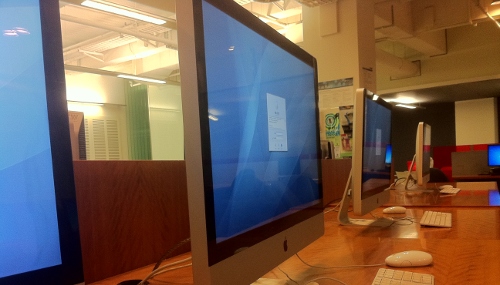 Was as far as I got, rest written on the train

I'm a people watcher. Not in the stalkerish way that creeps victims out and poses quite the legal challenge when you're caught doing so, but on occasion I've been known to observe people as they go about their daily lives while I'm in a coffee shop or similar locale with my laptop.

So picture this if you will, or if you dare. Dare is a brand of coffee milk drink in Australia, and though its tastiness falls short of the invincibly amazing Farmers Union Iced Coffee of which I got thoroughly addicted when in Adelaide, Dare is rather good.

I had just finished one of my evening classes when I decided to check my email on a computer terminal. I had yet to configure my iTelephone with the [horrid] Microsoft Exchange email system UTS provided, and I preferred not setting up forwarding as I wanted sent email to originate from UTS rather than a disposable account. I'd also been informed from various lecturers that they — and the spam filters — place a higher priority on incoming messages from .edu accounts, particularly those from UTS. But I digress. 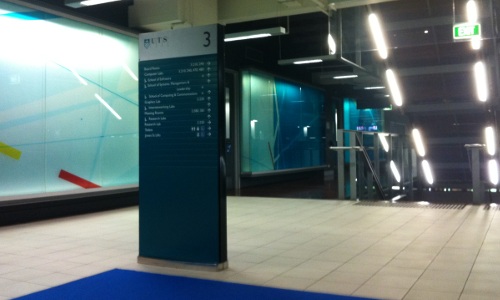 Strolling onto the ground floor computer pool in UTS building ten, I noticed bank after bank of plastic fantastic HPs or Dells or whatever they were, complete with 15 inch TFT displays. Most were vacant, so I had no problem finding a machine to use.

Suddenly, as I'd just logged into Windows 7 Extreme or whatever the version was, I noticed a row of shiny new iMacs. And they weren't just iMacs, they were the monsters with the 27 inch IPS displays that by themselves likely havd more resolution than all my displays at home combined, minus their plastic bezels. I rebooted the Windows 7 machine that had taken an age to load the desktop, and made my way over.

The machine accepted my credentials and presented me with the desktop in no time, and they even had Firefox preloaded on the dock ready for my use. It almost seemed criminal to use such an amazing display to read email!

It was then I observed some interesting behavour. Despite the computer lab having an entire row of these shiny 27 inch iMacs, the few people who were still there were hunched over their Dell or HP (or whatever they were) plastic fantastic towers on the other side of the room, complete with their 15 inch TFT displays and long Windows 7 boot times. 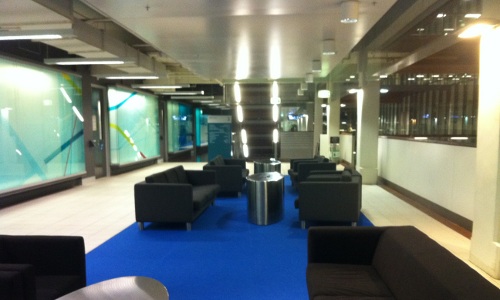 The curse of "good enough"

Clearly, while Apple continues to make strides in market and mindshare, more people still feel more comfortable on Windows, so much so that they'd rather use a slow machine with a tiny screen than a clearly superior piece of hardware. I don't mean for that to sound fanboy-ish, but even a Windows aficionado would be hard pressed to claim a budget Pentium tower compares to a current iMac.

A friend from one of my classes put forward the theory that those who spend multiple hours in computer labs at university are more likely to have less disposable income, and were probably more likely raised on cheap Windows boxes. Another chided that they had to use Windows because Macs can't run the right software, a claim I found harder to believe given most of the people were merely using Firefox in that computer lab late at night.

I suppose that while generally people will take the time to learn a new system if they can see tangible benefits (Mac, Linux, so on), most are still perfectly fine with whatever version of Windows they happen to be using. I suppose it's akin to those who's idea of coffee is Nescafé; if you've never had real coffee and are comfortable with your dehydrated granulated mediocrity, more power to you.

And hey, it has its benefits… it may be more likely those iMacs are free again in the future ^_^.