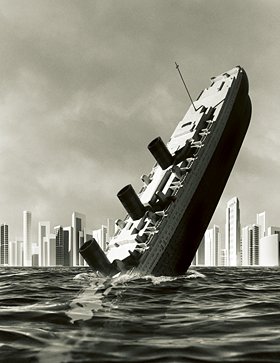 ASIDE: Thank you to TechCrunch’s article on AT&T for the headline! Sinking ship analogy doing anything for you?

I was trying my best not to talk about this issue because I know people like Kyle revel in any publicity and having people talking about him, but I need to satisfy my own selfish desire in this case.

Ever since I moved back to Adelaide part time I've been aware of Kyle Sandilands since I saw him as a judge on Australian Idol. To be honest when I first saw him and the way he talked I was unimpressed, some people hated him but I thought he was just a harmless guy who's only crime was thinking he was funny when he was just awkward. If anything I felt a bit embarrassed for him each time he said something.

This whole latest episode though on the radio in Sydney was deplorable. His show has always been dubious at best, but this is the lowest of low. If you're not aware what happened, I encourage you to watch the latest episode of MediaWatch (a show he wasn't particularly fond of due to previous exposed issues) or just do a Google search for his name. If you're in Australia you know what I'm talking about.

Coming from a place like Singapore where you can be fired for talking about underwear I can understand why some people may see me as being just another overly wholesome person attacking a show that's supposed to be edgy, but there's a difference between having shock value, and openly exploiting people. I've heard people say there's a fine line between the two; fair enough but that's what he was being paid for. And if you do something silly, you apologise and don't try to garner sympathy for yourself:

While taking part in a lie detector test on-air during a segment on 2DayFMs Kyle and Jackie O show, a girl reveals she was raped.

DOCS is investigating a sick radio stunt in which a young girl was strapped to a lie detector by Kyle Sandilands and Jackie O and forced to tell her mother she was raped.

IN the aftermath of the 2DAYFM radio stunt where a young girl admitted she was once raped, shock jock Kyle Sandilands has come out swinging, saying he’s the victim of a smear campaign from journalists. 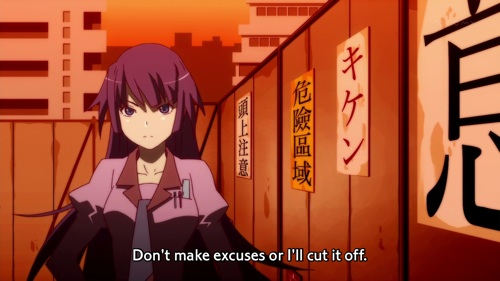 The thing that blows me away is their radio station didn't say or do anything until their advertisers started pulling out in droves. Were other people there onto this?

So here comes the $2 million dollar question everybody in Australia is asking. Should Kyle and Jackie O be banned from being on radio? I don't think so, I think people give Kyle's intelligence too much credit for the stunt. Pardon the French, but I don't think he was [entirely] malicious, he were just mind numbingly stupid. I mean cricket bat to the head stupid. I mean drinking a litre of turpentine then lighting a cigarette stupid. Good luck to him signing up with another station, if I were a station manager I wouldn't want my fingerprints on that train wreck.

Kyle differentiated himself by being Australia's loud, rude shock jock with answers to the questions nobody was asking. As his escapades escalated he wasn't smart enough to differentiate between what's moral and what isn't. In a twist of fate I could see coming for a while he became a victim of his own silly creation.

Kyle Sandilands isn't an evil genius, he's a numbskull, plain and simple. Don't give him too much credit.