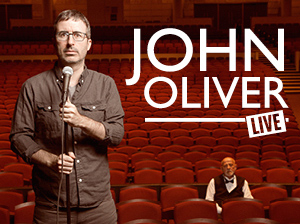 UPDATE: General admission tickets opened, and we got some! Standing only, but we'll take them. Boom!

Desperate fans fork out for tickets

They could have only been talking about John Oliver’s Australia tour. How Clara and I kept refreshing that Ticketmaster page, in vain attempts to secure seats to see The Daily Show and Last Week Tonight star perform in Sydney. We'd even put thought into getting some Jeff the Diseased Lung shirts made to wear on the night.

Alas, despite spending more time and effort into pre–ordering this experience than some throwaway electronic device (that people keep asking me whether I've got or not), the tickets were not to be.

But back to the article.

The A-League grand final is being held at its smallest venue yet. Scalpers are cashing in.

Oh, that’s what it was discussing? Let's pretend it was regarding Mr Oliver. It’ll make coping easier.