Given we're all watching Sakamichi no Apollon (or at least, we all should be!), it only seemed fitting to have an unofficial UTS anime club meetup at the 2012 Jazz and Blues Festival at Darling Harbour in Sydney. Even with my speed challenged lenses and low ISO camera (ahem) I still was able to get a couple of decent shots :'D

From the event website site (well, that last word was entirely superfluous).

A stellar line up of blues, soul, funk and swing talent from big open air sets to intimate jazz sessions.

With exams and assignments weighing down on us like a veritable double bassoon, none of us have the time to go for the full three days of the event, which is a shame. Still, what we ended up seeing (and hearing) last night swung our socks off! For those of us wearing socks. 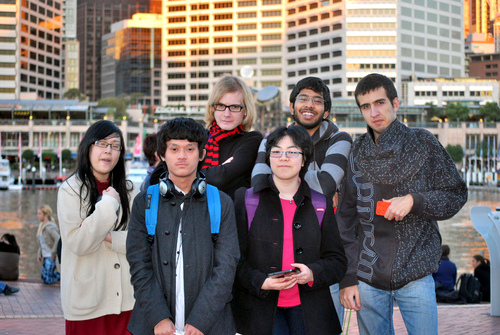 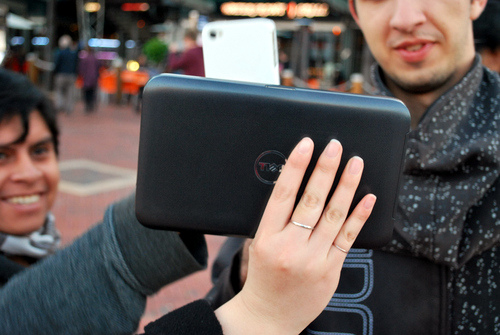 After meeting up at UTS we headed to Darling Harbour to pick up guides and see what was up. In an attempt to look like a beatnik jazz guy I wore my red beret I bought from a tourist trap store in Paris, but unfortunately a trip to the washing machine had rendered it smaller than it was at the time of purchase and allegedly made me look like a girl. #batseyelashes

We wandered around and watched some pretty amazing acts, before finally making our way to the gigantic big tent to catch the opening of James Morrison. Yes, THE James Morrison! Suffice to say, he was amazing. When he wasn't playing his trumpet and keyboard at the SAME TIME, or holding a roaring note for so long I was panting in sympathy, he was trolling us with terrible puns and bad jokes! Booting up your keytar [sic] faster by defragging it, oh James XD;

His band was equally stunning. I didn't catch the guest singer's name or the band member on the alto sax, but they were just as much of a treat as James was! They played all the classics, including some Aretha Franklin, Pink Panther tunes and unashamedly one of my favourite friggen songs of all time, Pick Up the Pieces by those Average White Band folks. Hearing THAT live with such an epic horn section, guitars, drums and keyboards not only made me completely forget about my burning sore throat, but had me doing a nerdy jig on the spot as I hummed along. It was dark, so not too many people saw, fortunately ^^; The atmosphere was incredible. The tent we were all huddled under on an otherwise freezing Sydney winter night was ablaze with colour almost as bright as the music!

What made it even better though was the company. I've been to several jazz concerts around the place (black tie and informal), but often times by myself :'D. Laughing with Vadim as we deciphered James's bad jokes, watching the baristas make our hot drinks with Clara, poking fun at the French with Cindy, discussing hat fashion and photography with Seb… these are the kind of people that make an outing even more fun and memorable :D

To quote Penn and Teller: 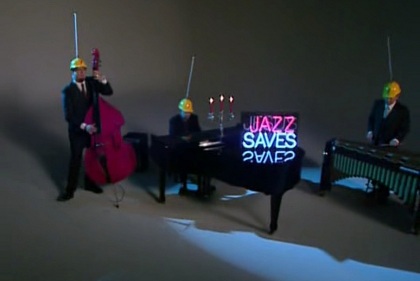 My only regret: I packed my kit lens and not my NIKKOR 35mm f/1.8 by accident! My 55/200mm f/5.6 was able to take some decent shots at the range I needed from where I was in the crowd with VR enabled, but the narrow depth of field and speed of that 35mm could have made some pretty amazing shots. Oh well, better than nothing!

To top it off, we made our way back towards Central and headed to Mappen for dinner. I'd had a giant coffee and had plenty of food at home, so I took advantage of their free water and just sat there looking through all the photos. Photos I knew were all shot in RAW, and would take forever today to go through XD.

Thank you for an epic evening guys! :D 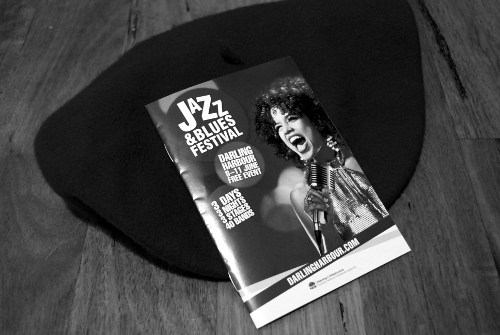