It's the end of an era folks; Mad Mike Masters and Frank Nora have suspended the Anything but Monday podcast / audio magazine / new time radio programme. From what I can tell their blog is still currently online, but the main page has had it's colourful orange screen replaced with this as of 11:00am Singapore:

I also received an email from the ABM management:

I wanted to let you know we are shutting down the Anything But Monday Show. Mike and I would both like to thank you for taking the time to check out the show with the free coupon. The site will shut down soon, but you will be able to access the premium content a little while longer.

We wish we would have been able to continue doing the show, but it was a project that became much bigger than we had originally projected, and ultimately we did not have enough time in our lives to keep it going.

This really is a sad day. I admit the first couple of episodes I didn't like as much as the Overnightscape (Frank Nora's other radio programme) but I just felt like I'd got into the rhythm of it and had started enjoying it.

Given what Frank has said on his latest Overnightscape episode it seems he's under a lot of pressure and the time, effort and planning you need to create two weekly podcasts when you have a full time job just didn't seem as feasible. Anyone who has listened to the Rubenerd Show knows how much of a difficult time I've been having myself with all my current commitments, but arguably Frank has far more on his plate than I, and it's to his and Mad Mike's credit they were able to pump out such polished programmes.

So to Mad Mike and Frank: thanks for the fun and good luck with your future adventures. Who knows, another 20 years of self imposed exile may pass and we can hear you again :D.

Goodbye from Singapore, Anything but Monday. 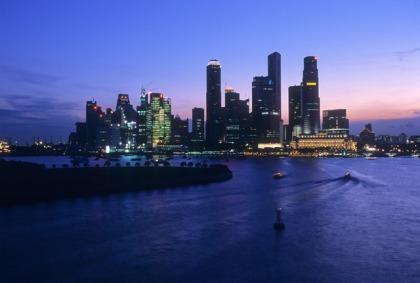