This was originally written in early September 2018, but I didn’t post it. I try to keep politics off Rubenerd.com thesedays, but I guess I already wrote about the Victorian opposition leader’s suppository of wisdom, so let’s run with it.

Amy Remeikis summarised our new prime minister’s recent remarks about being the fifth leader of Australia in ten years, and third of his party, emphasis added:

“I think, sadly, over the last 10 years there have been too many of these changes, on both sides of politics and, I don’t think Australians are as shocked by these things as they used to be,” Morrison said. “They are disappointed.”

I own my mistake, b-but someone else made one too! As an American car fan would say to someone with new wheels: nice dodge. But his fellow coalition front-bencher took it one step further:

That continues narrative Christopher Pyne attempted to sell on Monday, where he blamed conditions created by Labor’s previous leadership changes for the latest switch in the Coalition.

It wasn’t our mistake, it was someone else’s! Blaming the oppositon party after you’ve been in charge for a decade. Truly the adults are in charge. 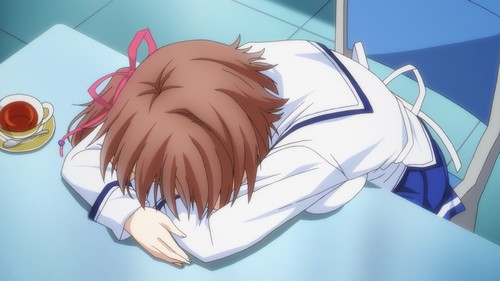 I accept people make mistakes; we’re all fallable humans guided by our emotions and mental chemistry, armed with the best information we have at the time. A big part of the reason why people are jaded with politics isn’t the mistakes or gaffes, it’s the lack of admission.

The screenshot above was from an episode of Da Capo III I was testing some new encoding optimisations on, but it seemed to fit the subject matter so well. The guys at Good Games in Chatswood know what I’m talking about. Scott Morrison and Christopher Pyne likely do not.