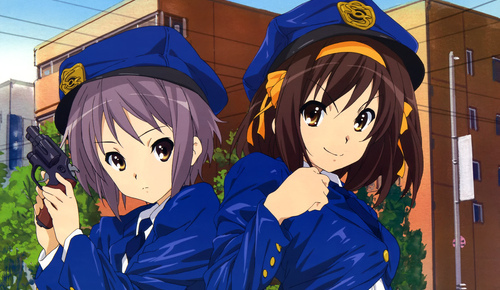 Here’s an article from the Australian ABC. Tell me if you can spot the problem.

A fully-marked New South Wales police highway patrol car has been stolen. Police say highway patrol officers stopped a car on the M7 near the Richmond Road off-ramp in western Sydney at around midday. Officers say there was an altercation and the driver of the car struggled with police before breaking free and stealing their fully-marked highway patrol car. The driver, identified as Arthur Partsch, was last seen travelling north in the light blue Holden Commodore sedan. Officers have warned anyone who sees the car not to approach it, but to contact Triple-0.

Did you catch it?

We’re being warned to call the police if we see a patrol car. I wonder how many calls they must have got from people spotting all the hundreds of cars on active duty?

I avoid Australian terrestrial television like the plague, but fortunately I was tweeted that Channel 9 informed us of the licence plate of the specific patrol car in question. Georgina even went one step further and (shock!) told me what it was!

So a lesson for reporters appealing for information from the public: give us the specifics as well. I wouldn’t want to sick the SOS-Dan force on you.