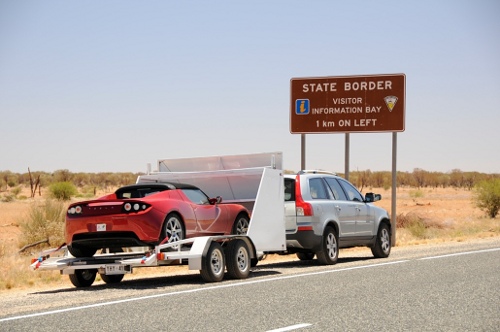 Having lived most of my life in countries where they don't do this, all internet service providers in Australia automatically suck and are Epic Fail because they employ nonsensical (and maddening!) bandwidth shaping, but out of all of them Internode sucks the least. Aside from one disconnection issue they've been fantastic since I started studying in Australia again late last year. Their technical support team are lightning fast and very helpful, so I have no qualm giving their new blog a plug.

The site launch commences with our coverage of the Global Green Challenge (http://www.globalgreenchallenge.com.au).

Internode is the major commercial sponsor of the event, and we are taking the Internode Tesla Roadster from Darwin to Adelaide in the ‘Eco Challenge’ category.

The Tesla Roadster is an exemplar of the way that ‘green’ and ‘high performance’ can go together – just like Internode.

We hope you enjoy our coverage of the event as it unfolds.

We plan to expand the blog site into other areas of interest to Internode customers in the future.