In the context of defence contracts, Australian Prime Minister Tony Abbott made the following regrettable comment.

In a rowdy Question Time, Mr Abbott went on the attack.

“Under members opposite Defence jobs in this country declined by 10 per cent,” he said.

“There was a holocaust of jobs in Defence industries under members opposite.”

Let that sink in for a moment. This was from the same gentleman who said the carbon price (I’m sorry, the carbon “tax”) would affect women doing the ironing, that “shit happens” when people die in war, and who feels “threatened” by homosexuals. These gaffs have made international headlines, and even reached America’s satire news. 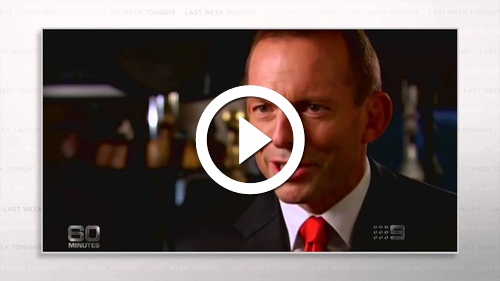 We’re all familiar with political PR spin and filters. Off the cuff remarks like this give us a more realistic view into the person underneath.

To be fair, he later apologised. But it speaks to his state of mind that he would even go to that word in the first place. It’s scary.

Yesterday, Mr Abbott mocked suggestions an open tender should be held, saying that could result in “Kim Jong-il-class submarines” or “Vladimir Putin submarines”.

Regardless, I’m done. In words he would relate to, this Prime Minister and his cabinet are beyond salvation, and I will not waste any more of yours or my time discussing them.