Michael Dexter over on FreeBSD News reminded us in February that the i386 architecture is being demoted to Tier 2 status. He linked to the original freebsd-announce mailing list thread, written by John Baldwin:

FreeBSD is designating i386 as a Tier 2 architecture starting with FreeBSD 13.0. The Project will continue to provide release images, binary updates, and pre-built packages for the 13.x branch. However, i386-specific issues (including SAs) may not be addressed in 13.x. The i386 platform will remain Tier 1 on FreeBSD 11.x and 12.x.

I absolutely empathise with their position, but it still feels like the end of an era.

My first experience with FreeBSD was on PowerPC, but I still have my 6.1-RELEASE and 6.2-STABLE ISOs from when I first ran it on x86. I even used it to test the beta releases of Parallels and VMware Fusion in the mid-2000s. 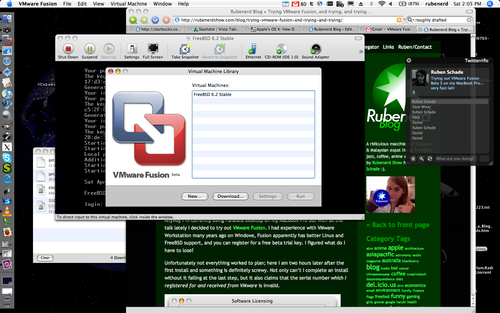 I also liked that I could still put a contemporary version on my vintage x86 machines, partly for the warm fuzzies, but also so I could boot into them to transfer files over Ethernet without resorting to floppies. I had plan to move those to NetBSD/i386 anyway though.

Thanks to the FreeBSD maintainers and developers for all the work maintaining this architecture.