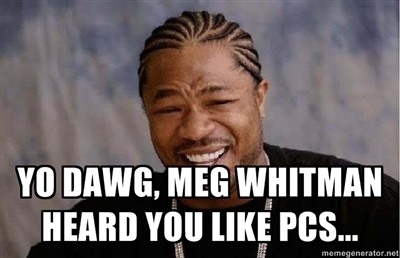 I once admired HP greatly, and I have a bullet proof solution to their problems!

With the removal of Leo Apotheker and appointment of Meg Whitman as the new CEO of HP, the company continues it's seller soap opera run in the industry. Michael Dell continues to gloat from the sidelines, and the rest of the industry moves on. Nothing new to see here, move on, buy more popcorn!

First, it's hardly surprising Meg reversed some of Leo's decisions. Leo was the former CEO of SAP, the enterprise automation company based out of Germany, so it was to be expected he'd want to mould HP into such a business. Ew, mold. Commodity computers with low profit margins and consumer tablets were probably seen as a distraction from "pulling an IBM" and turning HP into an IT services company. Problem is, HP is neither SAP or IBM, and there was little evidence to suggest HP could move in that direction, at least from any of the people I know who've worked there.

Meg's decision to reverse the decision to stop selling PCs may have nothing to do with dollars and cents business though, she may just want to differentiate herself from the previous guy, and assuage nervous shareholders that her different management style will get results. Will anyone bite? You've got to think they've spooked some potential customers!

Certainly it's hard to see them having many fans at this point. This is most tragic, given that they seem intent on moving off WebOS to Windows 8 on their tablets. Say what you will about iOS and Android, but at least they don't need loud fans to run cool enough! 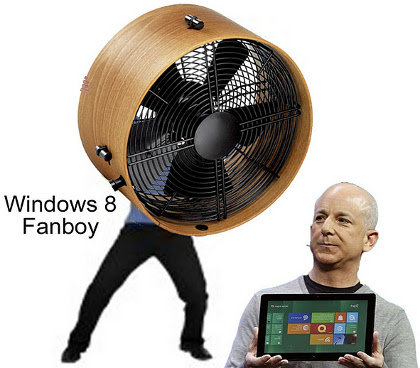 Of course, while we're talking about distractions, I'm thinking HP are missing out on the biggest and most lucrative diversification card they could play at any time if they wanted to: a reality show. Put all the mudslinging, back stabbing and managerial impasses on television for the world to see! It would be like The Apprentice, but real and unscripted! Disagreements and their revolving door CEOs would be an asset instead of a liability! Think of the ratings, and the advertising revenue!

I'll be willing to work with HP on this project if they're willing to fly me out to California, and pay me a salary with benefits. Leo got millions for less than a year's work, all I'd ask for is a high six figure salary… that's reasonable isn't it?

I'm sure HP did this on purpose to make my previous post on the subject look stupid. I mean, I make myself look stupid enough without any external help, but this was just icing on the cake. Mmm, cake.

I also have no idea why all my HP posts now have to have Xzibit on them. Seemed like a good idea at the time.