To comment on any article or weblog post over on ZDNet you must register and hand over more information than I needed to open a bank account here in Singapore! That aside though, after you've filled in the registration form you scroll down the page and are given a list of checkboxes next to newsletters you want to subscribe to.

As you can see I unchecked every single one, yet every day now I get two Windows ZDNet tech newsletters which are especially useful to a Mac and FreeBSD user such as myself… go figure!

Anyway one of the articles which I received in my inbox was entitled How to run Internet Explorer securely which includes a string of screenshots like this one: 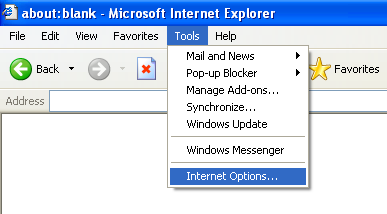 And here I was under the impression that the best way to securely use Internet Explorer was to uninstall it along with Windows and install FreeBSD or Linux with Firefox or Opera! In fact that first point is even the recommendation of US federal authorities:

The Computer Emergency Response Team or CERT which advises the US Government has warned that users should stop using Internet Explorer for surfing the web. The world’s most popular browser, it has been described as being riddled with security flaws and is vulnerable against hackers and snoopers.

A number of leading organisations have also backed the move away from Internet Explorer as a recent investigation has shown that criminals can exploit the program to record keystrokes inputted by the users, so that they may steal credit card and other personal information and use the details for their own gain.

Johannes Ulrich, CTO for Sans Internet Security stated that the recently exposed flaws were a wake up call for users to switch to another browser. He continued to say to keep on using Internet Explorer is like playing the lottery.