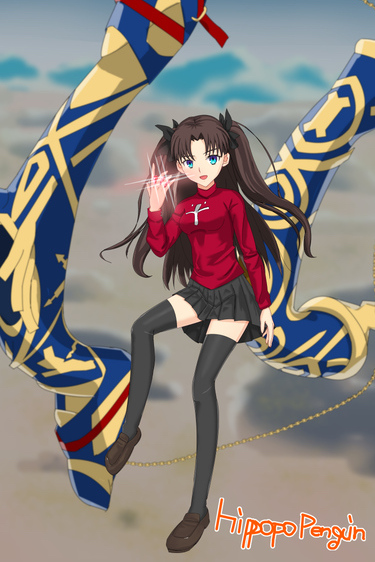 This is so good! Image via HippopoPenguin’s Pixiv profile.

There’s a lot of context here, but in brief Tohsaka Rin serves as the human vessel for the Ishtar and Ereshkigal psuedo-servants in the Fate/Grand Order game… or so it’s explained. In reality, Rin is a hugely popular character from the Fate franchise (and the gentleman’s story arc choice), so this was a way for TYPE-MOON to plausibly* add her as a servant in the game.

All that said, I’m not sure I’ve ever seen any fanart of Rin as one of those characters before.