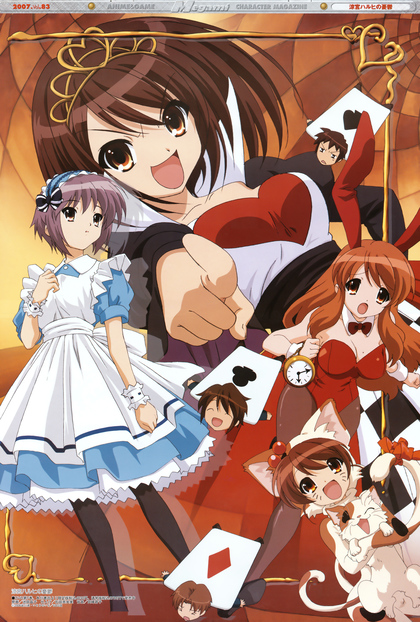 2006’s smash hit Suzumiya Haruhi no Yuutsu was the the series that got me back into anime. I thought I’d seen all of Ikeda Shouko’s art for Kyoto Animation, but her one for this 2007 Megami issue slipped under the radar.

Itsuki looks like he’s having so much fun being the ace of clubs! Then again, when was he ever not smiling? I think we could all learn something from that.