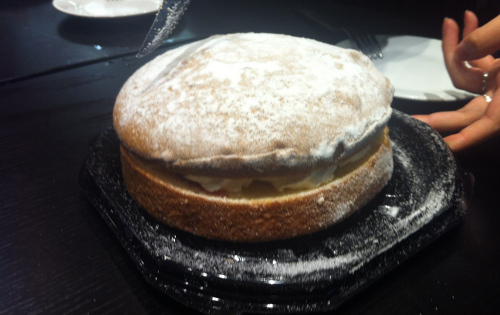 With the pressure of exams and courses ending and work and a bitterly cold winter and shops closing early and other such whatnot, it was lovely to spend an evening having dinner with some epic friends to celebrate @hanezawakirika's birthday! Smiling cake! 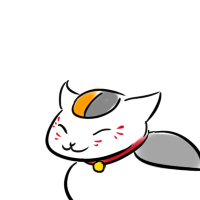 It'd been a long day for all parties involved on Thursday. The future birthday girl had been slaving at work and getting over another bout of sleep depravation. @maidforclass, @Sashin9001 and I had spent the better part of the day studying frantically for our programming exam on Monday. Writing six Java applications, on paper, without access to the API, and without shorthand, because that's how you do it in industry! @JamieJakov had been packing for an overseas trip, and playing games. Needless to say, we were all exhausted!

As the day wore on, more of us arrived at the Parramattattatta station (named for Rattattattatta, of course). By the evening, the illustrious @Sebasu_tan arrived escorting @hanezawakirika, and together we hit the town looking for a place to eat.

Forgetting that we were in suburban Australia and therefore everything closes at lunchtime (or may as well!), we eventually found our way to the self-described Excellent BBQ Hotpot restaurant across the road from the Parramattattattattattatta Westfieldieldieldieldield.

It’s a joke that just doesn’t get oldololdoldold! :DDDDD

Having had our chopsticks replaced with spoons (it's what you get for hanging out with angmohs!), we asked for them back then proceeded to order a ton of food and chow down! Crispy chicken, sweet and sour pork, vegetables, some very high quality rice… there was plenty more dishes but I've already forgotten! Even some more traditional Chinese soup which transported me to my 14 year old self back home :'D. @hanezawakirika commented that it tasted authentic, and I would trust her judgement!

The atmosphere was quite amazing too. Along one side of the restaurant were floor to ceiling panels of glass which looked out onto the gloomy street, and reminded us how lucky we were to have found a warm place inside to eat! The walls along the other side were covered in small drawers; I was half tempted to get out of my chair and open each and every one of them to unlock their secrets! Mild OCD, I can assure you ;). 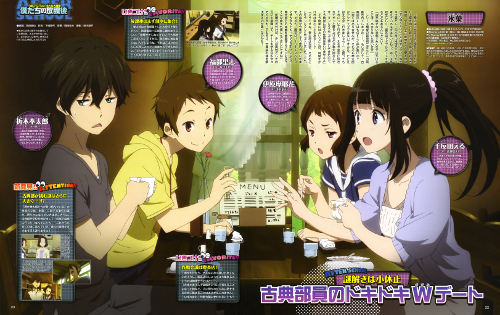 As depicted above (ahem!), when we'd finished the mains, we whipped out the cake we'd bought before for @hanezawakirika, and the staff were kind enough to bring us out some plates and forks. @Sebasu_tan had suggested we eat the cake with chopsticks, though I suspected a great deal of mess would have resulted XD

After we'd eaten, swapped presents and talked long into the night, we said farewell to @Sashin9001 and scuttled back to the train station to get warm again! The trip back was a journey of nostalgia into Pokemon, some Twittering of terrible, terrible puns and general laugher :D

It's technically Kiri's birthday today, so I decided now was as good a time as any to post this, and to remind her how smashingly awesome, friendly and talented she is. She may claim to have trouble relating to people at times, but she's a wonderful friend to all of us, and we wouldn't want her any other way. ^^

She's the modest type, so no doubt she would dismiss such claims, however that doesn't change the fact they're true. So she may as well make her life easier and accept it >:D Surely she wouldn't say no to this face… 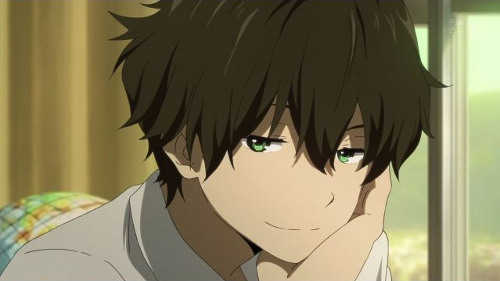 While there's still time to say it officially, Happy Birthday! Can't wait for your birthday celebration Part II! Don't you DARE ever stop being epic Kiri! :)