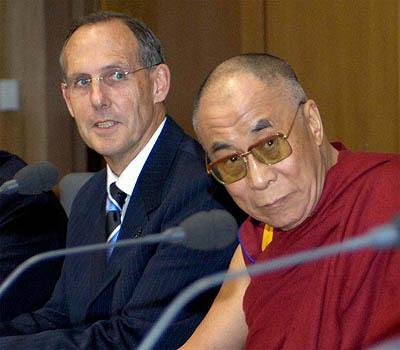 It seems with each passing year since 2007 things have happened that have made me less optimistic and more cynical about the world. In an attempt to find the good in it, I've attributed this slide in my opinion of humanity to simply growing up and becoming more realistic. Well, another thing has happened -__-.

If you recall, Senator Conroy wants to filter the internets here in Australia to protect children from pornography, free speech and all that. Leaving aside the dubious justifications, even if it was a noble cause such a national filter simply would not work.

From a press release by Scott Ludlam, a Greens senator from Western Australia:

“The Greens position on the Government’s proposed internet filtering plan remains the same – we have serious concerns over the viability of the scheme being put forward by Communications Minister Conroy,” said Australian Greens communications spokesperson Senator Scott Ludlam.

So far so good.

“Dr Hamilton has, in the past, outlined his support for any system designed to prevent children accessing pornography online – a sentiment that the Australian Greens fully support.

Whoa, wait a minute. Are you saying Dr Hamilton, the person the Greens is backing for a contested seat, actually supports the idea for a filter?

To put this post in context, I registered to vote in Australia as soon as I was living back here again and was eligible and had an address here again. I've voted for The Greens in one national election and one South Australia state election. Why?

All those positions are just fine and peachy, but the primary reason was that The Greens were the more honourable, upstanding and honest party I could vote for. Granted the bar is set painfully low which means such a comparison is essentially meaningless, but there you go.

Anyway it seems the Greens have finally decided a gamble to win another seat is worth sacrificing some of their principals by welcoming into their ranks a person such as Dr Hamilton. In other words, The Greens have just made a move the ALP and the coalition would have.

They're probably still the lesser evil in Aussie politics, but if they were a bright green pear before, they now have a large blemish on their side. It's disillusioning, if inevitable. :P