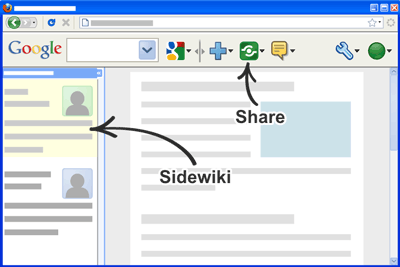 Provided they have, I see six potential reasons why, some of which would be the result of doing no evil!

Firstly, have they really discontinued the toolbar? From their download page:

Google Toolbar for Firefox is compatible with Firefox version 4 or older. To find out what version of Firefox you’re using, click the Help menu and select “About Firefox” (on the Mac, the option is located in the “Firefox” menu).

If you use Firefox version 5 or newer, you won’t be able to use Google Toolbar.

While technically this isn't an admission that the software is discontinued, relegated to the alarmingly large pile of dead Google projects (or Lab if you will), it may as well be.

Apparently the Google Toolbar had many great features, including links to Google Reader, an unread email count for Gmail, an easy way to share discovered sites, a Google search box.

Despite this, I never got around to installing it. Not because I was afraid, but because I felt no need to have it. I already had third party extensions for many of the features the toolbar provided, bookmarklets for the rest, and the all important search box was already in the top right hand corner.

That said though, there seem to be enough people who did use its features who are willing to run insecure, older versions of Firefox just to keep it. Those are some dedicated (if foolish) people!

As with the closure of Google Labs, the end of this toolbar leaves us with lots of questions; or at least it leaves a lot of questions with me. Which is to say, I'm thinking of lots of questions, if I asked these out loud right now there'd be nobody here to answer, and I talk enough to myself as it is.

The first possibility is financial, though I have a hard time buying (see what I did there?) a company with Google's resources couldn't keep a person or two on the payroll to keep their toolbar efforts current.

The second is the inevitable streamlining middle managers and shareholders start to demand of companies that have reached a certain size and can no longer justify frivolous things like R&D and customer service. Google is certainly not the nimble, informal creature it once was, perhaps this is just a sign of its "maturity"… though I hope not its peaking.

The third potentially paints Mozilla as the evil folk. Part of the allure for Google having people running their toolbars in Firefox must have been that searches didn't incur a referral fee to Mozilla. Perhaps with increased competition, Mozilla needed the cash and twisted Google's arm. There's no evidence of this, and it seems silly Mozilla would go out of their way to screw their primary source of revenue, but the speculation is irresistible.

The fourth is a technological one. The Mozilla team have promised greater sandboxing of extensions, perhaps by doing so Google can't track browsing behaviour anymore, therefore killing the real reason for the toolbar's existence.

The fifth reason is feature duplication, and the fact Firefox mainline now has many of the toolbar's features. This was the only reason entertained by the Google folks officially, though I can't help but think it's not the only one. 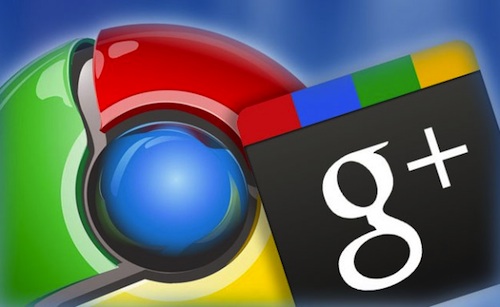 Which brings us to number 6

While all these are possibilities (remote or otherwise!), I reckon this has more to do with Google wanting more holdouts on Chrome. The Google Toolbar collecting information about browsing habits in Internet Explorer and Firefox is valuable, but not as valuable as people surrounded by Googlyness in Chrome.

In the words of Dave Winer, this was purely a business decision. Perhaps the Google team figured the carrot of faster rendering and program execution had failed to entice everyone, so the stick of a reduced Google experience may persuade the rest. If Google+ takes off, one can imagine deep integration with Chrome that could also be partly achieved with a toolbar, but without one available it'll give people more of an excuse to switch. Anti-trust?

I trust Google more now than I did Microsoft in the 1990s, but I'm not as sure that I'm wrong about this as I wish I was.