While I was waiting for my latest project to compile, I was idly looking around Google Earth when I noticed an image of something familiar docked in Sydney! 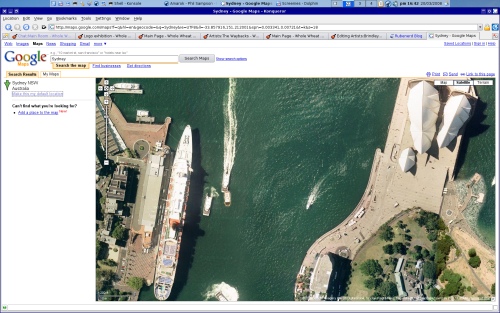 As at turns out, the Wikipedia page on the QE2 even has a photo taken around that time, by User:Merbabu: 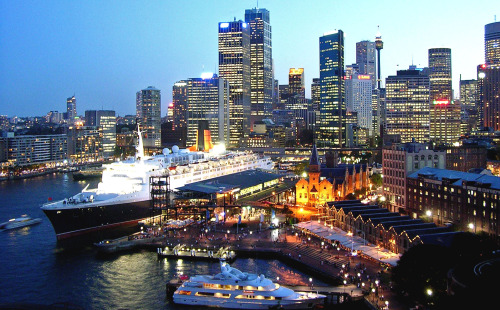 On February 20, 2007, the QE2, while on her annual world cruise, met her running mate and successor flagship QM2 (herself on her maiden world cruise) in Sydney Harbour, Australia. This was the first time two Cunard Queens had been together in Sydney since the original Queen Mary and Queen Elizabeth served as troop ships in 1941.