Kuala Lumpur has surprised me; in the intervening decade since we lived here it’s developed a lot. It has a couple new MRT lines, there are many more buildings dotting the landscape I didn’t recognise, and mobile internet blackspots are gone. 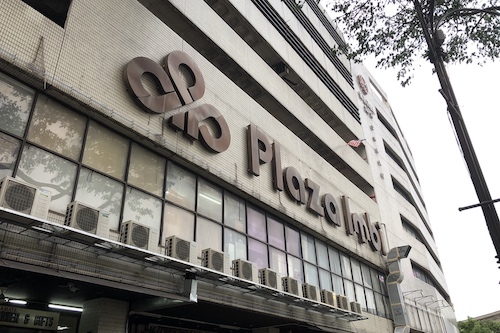 And then Clara and I went to Plaza Imbi, and reality set in a bit. It used to be KL’s answer to Funan Centre and Sim Lim Square in Singapore, where you’d buy and discuss computer parts, and could lose a day just wandering all the interesting electronics stores. I remember coming up here from Singapore with my dad during the Malaysian Grand Prix, and exploring the stores. It was a father-son bonding thing I appreciated back then, and remember fondly now.

The intervening decade hasn’t been kind to it. The façade is falling off, the centre is grimy and dark, half the shops are boarded up and gone, and the escalators don’t even run. Of the few remaining shops, most are second-hand stores selling badly worn laptops. I feel for the shopkeepers desperate to reel me in to get any sale at all, but it’s not an environment I enjoyed. 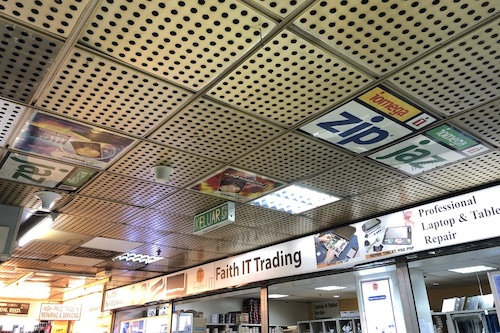 As an Iomega nostalgia aficionado though, I was delighted to still see those Jaz and Zip drop-tile ceiling adverts still there after all these years. They used to light up; no longer. Which is Plaza Imbi in a nutshell now.

I lamented the fact Funan Centre was gutted and refurbished into something unrecognisable, and Sim Lim Square was being sold and demolished soon. But now I’m realising perhaps those outcomes are better than seeing them decay. If I had tons of money, I’d clean up places like this and run them like cooperatives, where all the shop owners inherit a piece of the place, or only pay rent to cover costs. That way we keep some of these pockets of independent retail in a sea of generic, homogeneous buildings selling the same stuff.

But maybe that’s why I’m not a property developer!