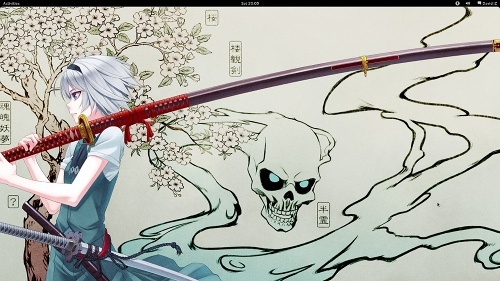 I got some great feedback from people on my Gnome 3 review post, which in itself was a comment in a way. Is that GTK3+ Inception?

Arnold on Gnome 3 and KDE 4

I tried to use GNOME 3 when I was utterly disappointed by Unity in Ubuntu 11.04. And after three days of trying it still felt very wrong to me and too many functions were missing. I ended doing the unthinkable (at least for me) and tried Kubuntu with their latest KDE desktop. I was completely shocked. Everyone was telling me before how bad KDE is and then I was finding out more and more how very wrong they were. After a couple of days of getting used to it and discovering different ways of doing things with KDE I actually find it even better than the good old GNOME 2. Looks like KDE will be a keeper for me.

That’s funny, I had the exact opposite response with KDE4 and Gnome3! I guess that’s one of the strengths of having multiple environments, each to their own :)

Wow, there is a lot of glitches there, and I got it when it hit testing.

Also, I usually don’t do this shameless plug thing here – but I wrote a review too if you want to read it. http://ignorance.kokidokom.net/2011/04/gnome-3-review/

A much better review than mine, and by a guy who also blogs random infocomm stuff laced with a solid dose of anime goodness. Or is it the other way round? Either way, his desktop background rocks.