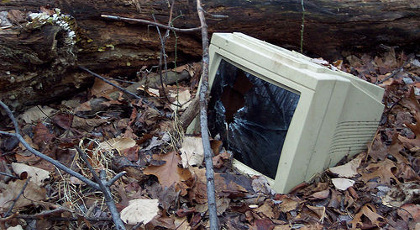 I was refraining from comment about this issue for the longest time, but I'm fed up and need to say something.

My lamentations about large blog networks aside, a guy found a lost prototype iPhone in a bar, and instead of handing it into the police as Californian law stipulates or back to Apple like a good Samaritan, he goes one step further from outright stealing and sells it for $5000. When Apple demands legal action, three quarters of the internet get their knickers in a knot and say Apple is evil. Fake Steve Jobs practically wet his pants at the opportunity with six dull new posts. I'll stop with the pants analogies now.

Sorry Jon Stewart, I love you, but for the first time in a while you're completely wrong. You've always stood for exposing shoddy journalism standards, and now you're defending it?

Has the whole world gone insane, or has selling stolen goods all of a sudden become kosher? I'm a sad panda.

Oh yeah and while I'm at it, to all those people claiming Apple did all this on purpose to generate media hype (that history has shown they're obviously incapable of generating any other way): yes, and the moon landing was faked, Roswell was an alien crash site and on the night of a blue moon if you throw a grilled cheese sandwich into the air while chanting a disco tune it'll turn into a flying echidna.

Is it any wonder I've stopped taking most tech journalism (and most other journalism for that matter) seriously any more? I know I've already said this, but I'm a sad panda.

Metaphorical representation of tech journalism by BinaryDreams on Flickr.