Update: This post was supposed to be published on Monday the 23rd of March. I have no idea why it didn’t. Se a vida é.

This is going to be a somewhat more serious Music Monday than normal, on account of hearing a few lyrics and arriving at some thoughts. That was a longwinded way of saying music made me think of something. 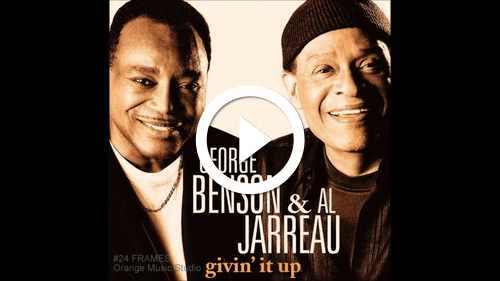 Al Jarreau and George Benson’s 2006 album Giving it Up is one of my all-time favourites, and probably my favourite of the 2000s. I was playing it through again on the weekend, and got to “Givin' It Up for Love” by Jarrau and Freddie Ravel:

It’s funky as, as we’d say in Australia. But it also got me thinking about the message. I’d like to think people can have a career and a family, or at least balance the two. But the mere fact the expression is ordered work/life balance lays bare where the priorities really are in the modern economy. We’re not people contributing to the well-being of a society, we’re resources to be tapped.

There’s no question you have to pour energy and effort into any job you have to do. Really, every job; let’s get over the fallacy that so-called unskilled workers are in any way less intelligent or have it easier. But in an ideal world we wouldn’t have this fetish for always needing to look busy, or taking the hit to your career because you want to spend time with family.