For all my fabulous Aussie readers you'll be interested to know South Aussie Greens senator Senator Sarah Hanson-Young will be introducing a private members bill to allow same-sex marriage in Australia. This is huge.

“The Greens’ Marriage Equality Amendment Bill can bring Australia into the league of other forward-thinking nations who recognise that all couples should enjoy the right to marry,” said Senator Hanson-Young, Greens spokesperson on sexuality and gender identity.

“While last year we saw some historic leaps and bounds in removing discrimination against same-sex couples within this country’s federal laws, there was a glaring omission from that suite of legislation: marriage.

“It’s well and truly time our parliament rights this wrong and legislates for true equality.”

I admit I was ignorant of this: according to the current laws Australia doesn't even recognise same-sex marriages from overseas which is a bit embarrassing. Even though New York state doesn't allow same-sex marriage they still at least recognise others.

The Greens’ Bill will also repeal the prohibition of the recognition of same-sex marriages entered into overseas.

“It’s ridiculous that a same-sex couple married in Canada, for example, can step off the plane at Sydney International Airport and have their marriage considered invalid,” she said.

If this passes, Australia would join other progressive jurisdictions such as The Netherlands, Belgium, Spain, Canada, South Africa and Norway, as well as the US states of Massachusetts, Connecticut, Iowa and Vermont in according the LGBT community the same rights, privileges (and therefore responsibilities) of straight people. It's interesting how all these places have gone to hell since introducing these bills isn't it? Oh wait, they haven't!

I worry some religious groups will be protesting this; I urge the Australian Parliament to dismiss these dissenting voices and respect the views held by a majority of Australians.

I talked about Sweden allowing same-sex marriage back in May. 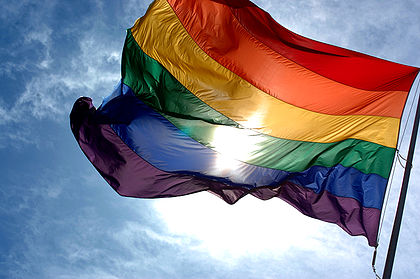