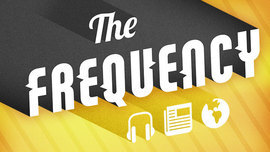 Dan Benjamin of 5by5 is running a survey about The Frequency. In a nutshell, they’re contemplating running their daily news show in the afternoon instead of the morning.

It’s an interesting idea. Morning tech news is a pretty saturated market, so running a news show in the afternoon would be an interesting differentiator. Most importantly, it’d allow Dan and Haddie to discuss what happened that day in the US, rather that pouring over potentially stale news that happened the day before.

Stale news that happened the day before… wow, we’re living in the future!

Personally, it doesn’t make much difference. There’s a 16-17 hour time difference between Austin and Sydney, and I tend just to listen to it as a podcast whenever I have the time. Way of The Future.

Seems I posted this too late, the survey is now done. You can view the results though. Interestingly enough, it seems most people don’t really care what time of day the show is released, as long as it is! That’s a good thing to know if I ever decide to start my show again.