I picked up a second-hand ThinkPad T550 for my birthday this week, to replace my aging FreeBSD tower I don’t have space for in this studio apartment. Between this and hopefully a new MacBook Pro without an awful keyboard this year, I’ll have the two “desktop” machines I need to do my daily work and personal tinkering.

Unlike my gorgeous little Panasonic Let’s Note which took a lot of work, ThinkPads are well supported out-of-the-box with FreeBSD, owing to the predilicion of the developers for them. 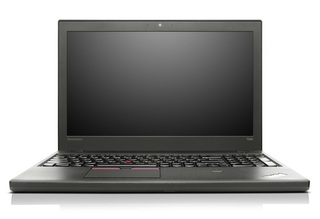 I’ve never had to enter a BIOS with ENTER before. I do miss the blue ThinkCentre button on that extra row of keys.

I read there’s no point disabling the TouchPad in the BIOS anymore because it now just sends a signal to the Windows driver. I don’t find myself brushing against it while using the superior TrackPoint we all know and love, but I presume this would be easy enough to disable in FreeBSD.

This machine has an Intel HD Graphics 5500:

This is supported with drm-kmod. Note the kld_list not kld_load; thanks to everyone on the FreeBSD mailing lists for helping me out with that:

I did see slight screen tearing when scrolling in Xfce, but this was resolved by adding these to /boot/loader.conf as Terpentijn suggested on the forums:

FreeBSD 12.1-RELEASE had an open issue in errata about drm-kmod being built on 12.0, which had an incompatible kernel. The newest packages are now built with 12.1, so you can use packages to install.

This will mostly sit on my desk with wired Ethernet, but Wi-Fi would still be useful. It has an Intel Wireless 7265 card which is supported by iwm(4). It’s sufficient now just having the following in /etc/rc.conf:

If you need to load the drivers manually, make sure you use the 7265D driver as per the manpage, wiki, and wireless mailing list:

I’d say this 90% works. On one boot since I got it the card complained it couldn’t scan for networks. I left it an hour, and it worked again. Not sure if it’s a flaky card or driver yet.

Checking hardware, we’ve got internal speakers and the ability to play through HDMI:

It should use the internal speaker by default, but in case you need to set:

I haven’t tested HDMI, but audio just works with:

This is more a proof of concept; if I end up liking this setup my plan is to get a newer model with a discrete GPU and a HiDPI screen. ThinkPads have the industry’s best keyboards, but their non-HiDPI screens have low contrast, uneven backlighting, and the resolution isn’t great. It’s fine for writing and code, but I’ll still do all my photo editing and such on Macs.

Next steps are to get the brightness and volume controls working, and suspend/resume. The wiki and manpages suggest this shouldn’t be too difficult.