FreeBSD 12.1-RELEASE is out now! Read the release notes and errata. 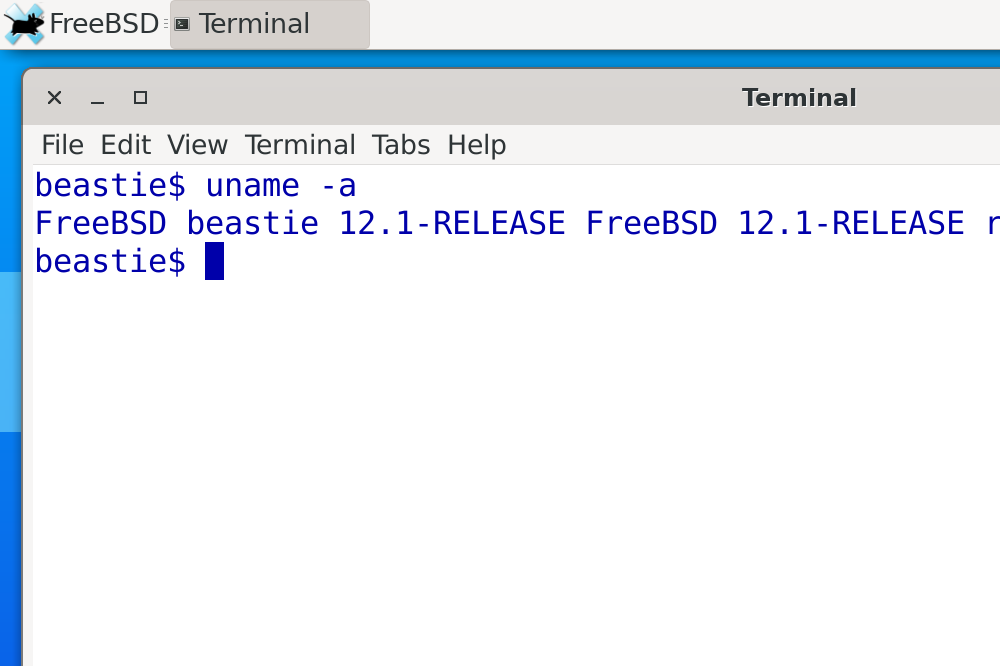 Vanilla Xfce on this release is nice!

clang/llvm, several archival tools, KDE, Gnome, OpenSSL, and plenty more userland tools and drivers have been updated. trim(8) and BearSSL have been added. And, perhaps weirdly, I’m most excited for the fact sh(1) now has pipefail which is awesome for someone who admittedly spends more time writing shell code than anything else thesedays.

Thanks to the release team, the Foundation, and everyone involved. And also a shoutout to John-Mark Gurney for making BitTorrent magnet links available. Let’s save the project some bandwidth and share the love.

I’ll be updating OrionVM’s FreeBSD 12.x template this week, otherwise you can use the standard freebsd-update mechanism in your existing VMs to jump to 12.1. Note that your disk will still show as FreeBSD 12.0, because that was the original template.