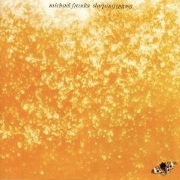 Sometimes its very easy to tell a website has been dynamically generated with virtually no human oversight, presumably so as big a site can be made in the shortest time for serving ads.

I had no idea my mum was a time-traveller who visited the recent past from 1977 just to buy an LP and go back! She was even more awesome than I thought ^_^.