In follow up to my previous post AJAX: repeating past mistakes where I discussed my views on why AJAX was heading down the same path as Flash, I found an article over on the Flash Magazine site entitled The hidden power of flash.

In the introduction, Barry Munden explains why he still uses Flash for his sites:

I was missing out the true strengths of the .swf format. The stuff that makes it, in many ways, far superior to other web-based design solutions.

And his secret for using Flash for his clients' sites when he admits that on the mention of Flash said clients "run away screaming."?

I don’t tell anyone I’m using Flash. Even more to the point, I build websites in Flash that a non-developer would never suspect were even made in Flash. There is no fancy animation, no music, no admonishment to download the latest version of the plug-in, no loading bars…just a simple, clean interface with attractive, readable buttons that behave predictably. Nobody knows it’s Flash and nobody cares because it does what it’s supposed to.

Smooth… don't let the client know what you're getting them into ;)! 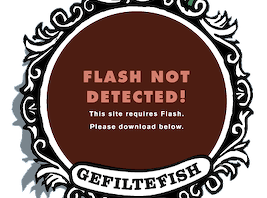 I digress. The fundamental problem with Mr Munden's entire article is he makes several assumptions:

While it is true the vast majority of people do meet the above criteria, to simply target one segment of the web browsing public and ignore the rest reeks of late 1990's thinking when people would only write their sites for Internet Explorer or Netscape Navigator and only for certain resolutions. It is now generally accepted knowledge that completely ignoring certain users is unacceptable. 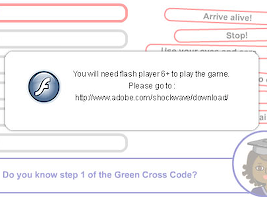 Here's an example. I run FreeBSD on my main production desktop machine, an operating system which Adobe/Macromedia has yet to support with their Flash plugin. If I were to use this system and access one of this writers' sites, I would have to download a Linux version of Firefox, run it in FreeBSD's Linux compatibility layer, download the Linux version of the Flash plugin, and cross my fingers that it works without breaking. And what if I were running another OS that didn't have a compatibility layer at all as well as not being an officially supported platform for Flash? 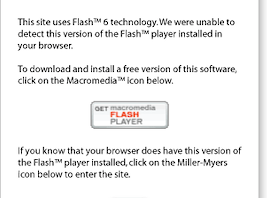 Here's another example. Say I have a shiny new mobile phone or PDA that allows me to browse websites. If I had one of the few phones or PDAs that support Flash at all, I would launch said browser and point to the writer's website. Provided all the Flash files didn't clog up my small browser's cache and freeze it up completely, I would probably be presented with a page I would have to scroll for tens of screens across just to read sentences which wouldn't be wrapped to fit the screen like regular text would.

I could go on and describe the real dangers of creating files that can only be read by proprietary plugins such as future readability and so forth, but suffice to say even if you were to believe the above examples are rare cases, they would be non-existant cases if as a designer you created web pages in the markup that the world wide web was designed for: HTML. 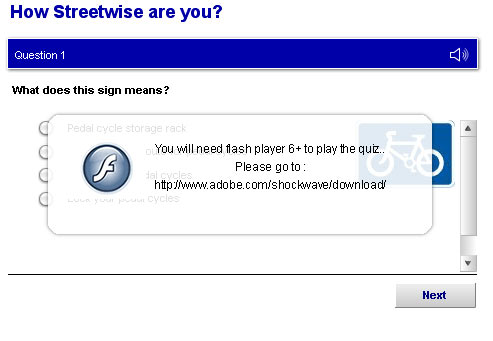 Fortunately like some sort of mind reader he anticipated my exact response and sought in the next paragraph to alleviate my fears:

OK, I can hear you choking. Cough it up and bear with me. You are probably thinking, What’s the point? Why use this nifty animation tool to build a humdrum interface that any geek with an HTML editor could replicate?

Because they couldn’t. Not one that downloads this fast. Not one that appears exactly the same in every single browser and monitor it appears on. Not one that prints clear and crisp and without cropping. And, for all of that, is a breeze to maintain. Try it yourself and see.

What's that term that describes someone who sounds like they're trying to convince themselves they made the right decision after they discovered they were in error, to make themselves feel better? Damn it, it's on the tip of my tounge!

Anyway, those arguments are all pretty weak; he concedes it himself when he says "any geek with an HTML editor could replicate". The fact of the matter is it is possible to do all of the above with HTML and CSS instead of Flash, and not only will the results work on more devices, platforms and in more applications but it will be in a standardised markup that, by it's open nature, will still be readable in the foreseeable future by newer devices. Sure it may take more work, and let's face it CSS compatibility can be a bit frustrating at times, but it's the standard, and it's what they're paying you for as a web designer. 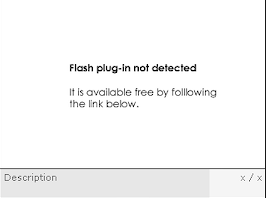 There's an old adage in the BSD world: It works, so it must be good is flawed, it should be it's good, so it will work. Just because you can generate the same content in Flash doesn't mean Flash is as good as or better than the methods you replaced it with.

I do agree with the last line in his post though:

It can be pretty without being pretty complicated. Think about it.