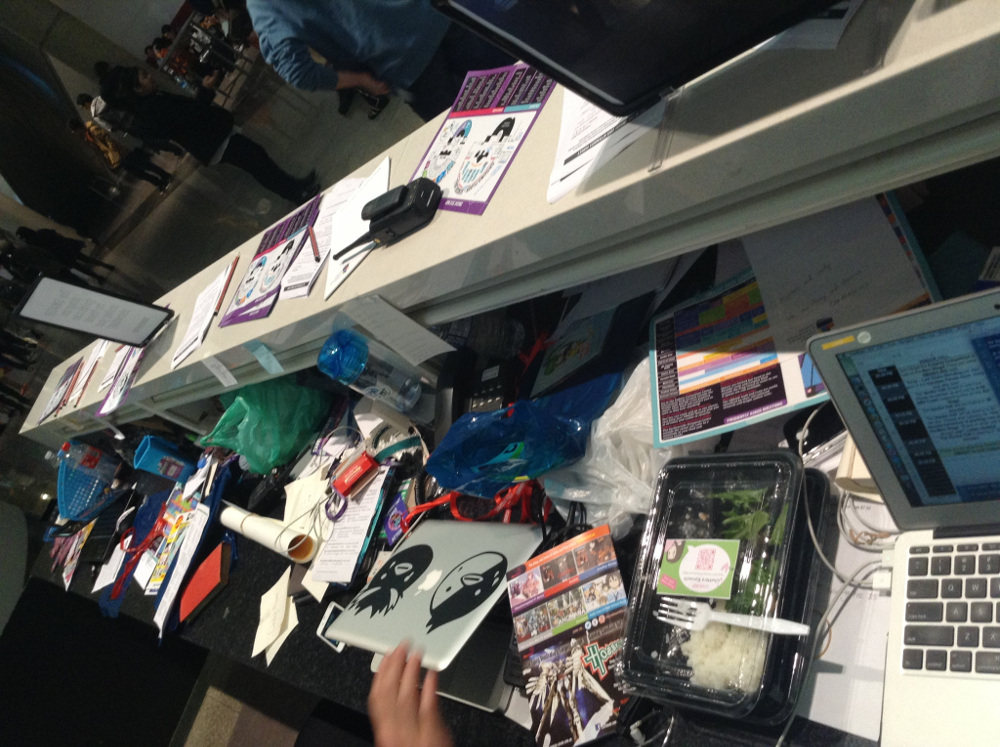 In previous years I was an attendee-pass-carrying civilian, wandering around in my cosplay looking at the merchandise, building Gundams, catching some screenings, sitting in on concerts and voice actor interviews. I met my girlfriend there, in a way! Having been an Aussie growing up in Singapore, Australia still feels a little foreign and strange to me, so I latch onto traditions that I can proudly say I go to each year. I’m glad SMASH! is one of them!

It’s for this personal reason that I happily took a staff position at the convention this year. As the role of one of your humble announcers, I was able to sit there with my injured foot and still be part of making such a wonderful event that much more special. Or at least, I hoped so! I tried to use my childhood experience working at Discovery Channel to make the announcements more personal and fun; I’m not entirely sure if I succeeded, but it anything it gives me more motivation to try again next year!

2013 was the biggest year for SMASH!, and witnessing from the other side the amount of blood, sweat and tears that go into it was gobsmacking. I’ve been involved in a few previous conventions back home, but there’s something about SMASH!. Perhaps it’s as simple as the sheer number of events, or even the passionate and devoted culture (and subcultures, and sub-subcultures!) surrounding anime and manga that demands so much attention and care. 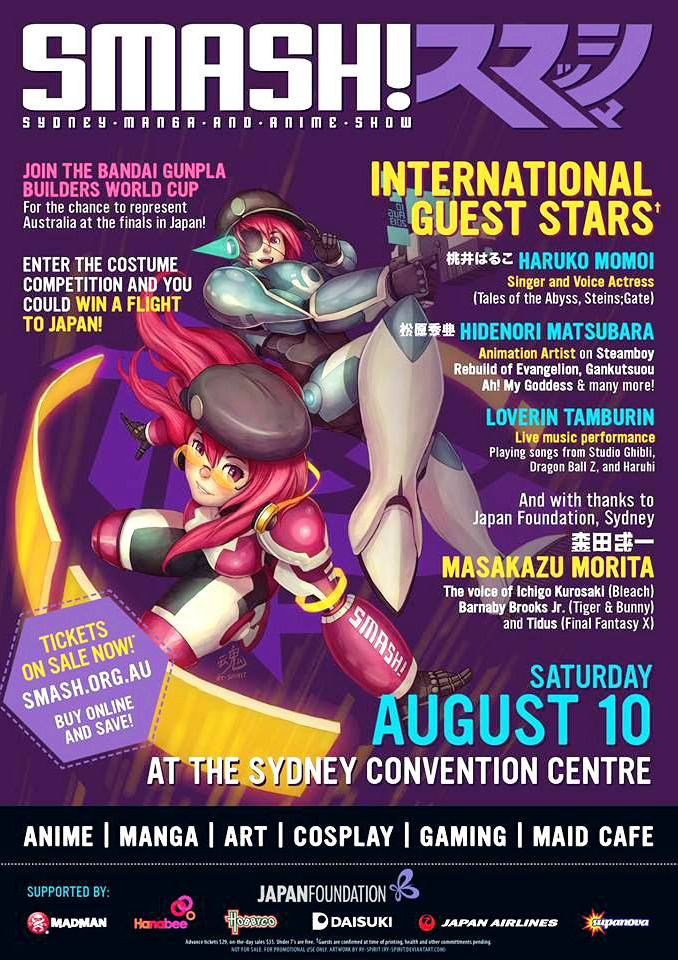 As I sat there watching the stream of anime fans come and go, I also thought of the people. For most of the year, their hobby is seen in much of the Western world as strange, nerdy and can even lead to outcasting. It can be a very, very lonely interest; I can personally relate having spent years watching anime alone at home. At SMASH!, people can be themselves, dress up as their favourite characters, and share in this thoroughly unique world that the Japanese let us share.

Its unlikely that post made much sense given my sleep depravation and lack of coffee. But all in all, I just wanted to say that SMASH! was infinitely more work than I thought it would be, but it was also rewarding in a way I never imagined.

Thank you to the Marketing Department for having me on board; to the other SMASH! directors for putting up with this crippled guy who couldn’t lend much help moving things; and to everyone who attended the convention ^_^