I talk to enough people outside IT and finance who are surprised that we refer to weeks with numbers as well. I know its a tad arcane, but it’s useful shorthand to disambiguate this post from others. Well, I say that, but then I spend a paragraph discussing it, thereby negating and shorthand that I would have gained from merely referring to this block of time in seven-day increments.

You know what else came incrementally over the last seven days? Blog comments! Ah, that was an excellent segue. Though I feel like if I have to tell you it was excellent, it probably wasn’t.

Does that mean my silly little site here is better than Google? I’ll let you be the judge.

In the embarrassing mistakes department, Lucas Vacula sent in a correction for the title of my CISA vulnerability report post, which I’ve since fixed:

Just a friendly heads-up that your CISA post’s title says 2011, not 2021. I know a lot of people say that the US government is both a decade ahead and a decade behind in terms of tech, but I don’t think this is what they meant! :p

Appreciated, thank you. I’d make a joke here too about US intelligence effectiveness, but I live in Australia, and those who live in glass houses shouldn’t throw proverbial shade. I say shade, even though my self-deprecating last name is spelled Schade. Does that mean I’d throw myself?

A new contributor who wished to remain anonymous sent me a long and beautiful email thanking me for my discussions about mental health at the Olympics, and to say she binge-watched the Beach Volleyball anime Harukana Receive on my passing recommendation (“only a few butts” and “it made me cry!”). She’s had some rough personal circumstances over the last few years, so I was happy that my silly ramblings here helped. When people ask me what motivates me to write, this is up there. ♡ 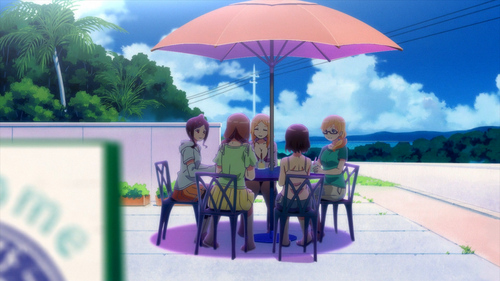 And finally we get to Rebecca Hales, one of the two great people who share that name who contribute here, and arguably the most clued-in commenter I’ve ever had when it comes to sports and fitness.

I didn’t pick you as a gymnastics guy but thinking of you being jealous by an acrobatic Russian guy in Singapore was too funny. Have you been watching the swimming?!

I’ll admit, I find swimming boring. This is tantamount to blasphemy given it’s one of Australia’s strongest sports, and the only one where Singapore has won gold. I’m sure they’d deport me if the borders were open.

That’s it for this week, is a phrase with five words. Thanks :).