Catching up on Lance’s PC Magazine columns for July, it suddenly struck me this afternoon that it would be for the last time.

(Scan is from the March 16, 2004 issue of PC Magazine I had on my shelf. Earliest copy I have that isn’t in storage!)

Back when I was a kid…

I’d been interested in computers since before I could read, but it turned into a fully blown obsession by the time my family had moved from Australia to Singapore. Perhaps keen to nurture my interest in the field, my old man would regularly buy me copies of PC World, Byte and PC Magazine, which I’d bury myself in while other kids got exercise in the playground!

Of these magazines, the US edition of PC Magazine was my favourite. Singapore did have its own version with much of the same syndicated content, but I loved the design of the former, and found it fascinating to see advertisements for companies in a different place. Kids ;).

In the beginning, the writer I was most eager to read was John C. Dvorak, and in particular his Inside Track column which I appreciated not only for the delicious pun of a title, but for his sharp and quick commentary which I attempted to emulate in my own primary school assignments one year. Suffice to say, Mrs Simpson-Jones was less than impressed! 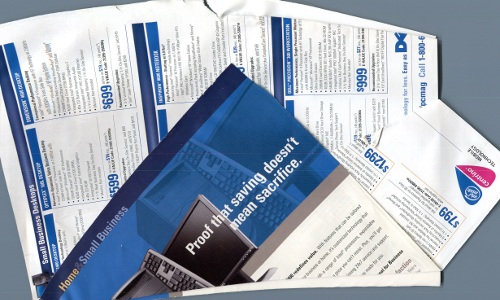 (To prove the image above was scanned from a magazine I owned, enclosed is one of those double pages from the back that our Epson GT-S50 always snags itself on! You can get a P4 tower with 256MB of memory for only US$699)

Wasn’t this supposed to be about Lance?

Beginning in 2001 though, I started noticing the work of one Lance Ulanoff. My memory is hazy as to whether I read his material in the magazines or whether I read it all in his “Exclusive Columns” online (as the magazine described them!), but in either case I looked forward to them. As with John, I found his writing style refreshingly candid, and more than any of the other columnists he tended to touch on topics I was interested in. He also seemed more reasonable, though that could have been because my other source of news was Slashdot ;).

Lance introduced me to the Roomba, and the various iterations of PCMag.com. He predicted the decline of the PDA, and the stagnation of IE6 once Microsoft had “won” the first browser war. He questioned the CAN-SPAM act in the US, and whether shock jocks could save satellite radio; both of which had nothing to do with me living in Singapore, but they had potential global implications. I remember thinking his take on Gmail was the most rational in a world where you either thought it was perfect, or the text ads were reading your email with the intention of killing you.

Keeping on the theme of email, more recently I nearly shouted "thank you!" that someone was finally countering the ditch email meme, and his Just Say No to Data Caps column rang especially true, now that I find myself living back in Australia where they’re not only the norm, but accepted.

If I browsed his archives on PCMag.com I’m sure I could remember a whole lot more stuff, but you get the idea.

We haven’t always seen eye to eye, though I suppose with the breadth of his writing it was bound to happen eventually! I remember reading his warning that removing DRM would destroy the music industry (much as the VCR destroyed the film industry… hey, wait) or that one security breach in Mac OS X automatically made the system as insecure as Windows at the time. His banter with John C. Dvorak was entertaining, even if I think John won more of the times ;). Still, even if I didn’t agree with what he said, he still made me think. 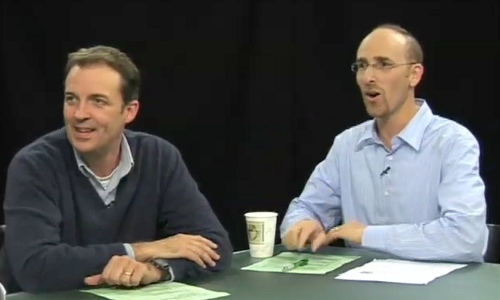 (Screenshot of Lance and Sebastian grilling John on an episode of Cranky Geeks from 2007. I watched this at a coffee shop in Singapore and was chuckling far too loudly!)

I belabour — dare I say, all these brown nosing — personal thoughts, because on the 11th of this month Lance announced his departure from PCMag.com in Turning a Page:

In Internet years, 10 years is a lifetime. That’s how long I’ve been with PCMag. Well, that’s not entirely true. It’s actually been 10 1/2 years this time. And then there were those 5 years in the early 90s when I considered myself a print editor. Now, this long journey is ending, and I am moving on to new, exciting, and perhaps even more challenging vistas.

Lance sprinkles puns liberally in his work, though I hope in this case he's not inferring he's leaving because he's suddenly bloated and slow!

We'll be watching and waiting Lance, and good luck in your future endeavours. I grew up reading your stuff, and hope you'll still be around writing for many more years to come, if only for my own selfish reasons!

To send us off, paragraph six from his post:

Technology is, by definition, all about change, but I think we’re boarding boats to ride the waves of some of the most significant sea change we’ve seen in a lifetime. We’re rethinking the role of the PC, operating systems, mobile devices, and how we access and create content, documents, and more. Convergence is finally happening in the home and elsewhere, and physical media (DVDs, CDs) could disappear in a decade. Terabytes of storage have moved into the home, yet we’re already talking about putting micro data centers on mobile devices. Social networking has escaped the confines of our desktops, laptops, and smartphones and moved to our televisions. Expect it on every device in the home and at work.

A fitting end, given he often wrote yearly columns about the fate of various predictions. Wonder how much of this will happen? 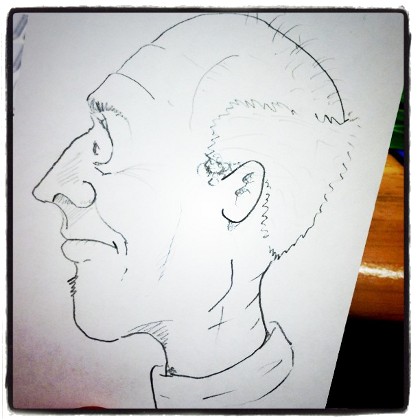