On Monday morning at 07:01 here in Singapore I wasn't tucked in bed asleep, I was plugged into the computer listening to Ed Craver reading some of his brilliant prose and works on Whole Wheat Radio! 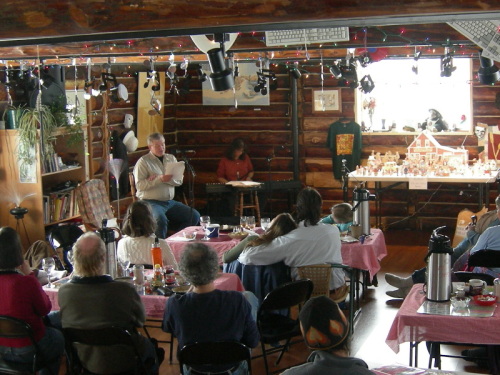 Ed Craver and Esther Golton at the Wheat Palace in Talkeetna, Alaska, USA

I was expecting to type up a short review of Mr Craver's readings shortly after hearing them, but as I sit here listening to how much Esther Golton would love to grow lots and lots of sweet corn, I'm absolutely, completely speechless. It's as though anything I attempt to put into words here would be hopelessly insufficient, if that makes any sense at all. I've rewritten this entire post now well over a dozen times, and it still seems inadequate!

Mr Craver took us to the rich farming land in Alaska, to his Island with his livestock, even to a sticky situation he found himself in involving a gigantic boar and a certain sensitive operation! The imagery he conjured up with his brilliant grasp of language was intoxicating and transported me right to frigid Alaskan winters as I sat on my balcony on the seventh floor of our apartment block in hot, humid downtown Singapore. 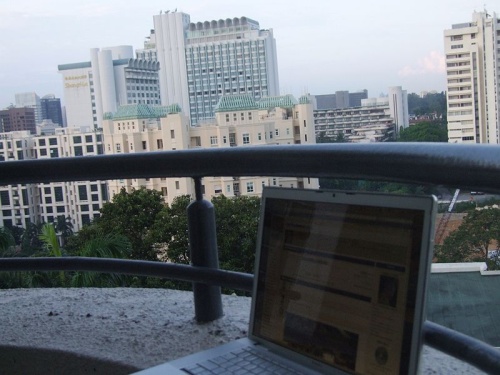 As a young man who grew up entirely in cities around Australia and Asia, Mr Craver's stories of farm life and living out in one of the most isolated places on earth particularly touched me, and his wicked and witty sense of humour literally had my laughing out loud, much to the dismay of my sister trying to sleep in the room next door!

And to top it off, we had Esther singing Shadu during intermission… what's the technical musical term I'm looking for again? Oh yeah… YAY!

I'm hoping Jimbob will upload this as an audio magazine so that if you couldn't catch the performace you can listen later. Heck I want to be able to hear it again myself!

So there ends my hopelessly inadequate review of Ed Craver Live at the Wheat Palace with Esther Golton. Thank you guys, you were brilliant and made a usually dull and depressing Monday morning into the high of my week! Cheers :-D