In the criminal justice systems of the countries I have lived in (and given my server logs, most probably yours too) it's not only accepted that you are innocent until proven guilty, it's the law.

DRM, or digital restrictions management is a series of technological measures implemented by paranoid corporations to protect them from the biggest evil force in the world: consumers. Give a consumer the freedom to use the content in the way it was originally intended to be used and they'll end up just ripping you off and not use your technology to use said content right? Horror of horrors! 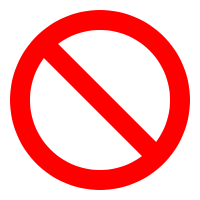 This arrogant position of most media companies will be their undoing eventually, but in the meantime it just bugs me that they're taking advantage of consumers and taking away our rights that are written in law and unwritten in common decency.

Steve Jobs from Apple even admitted that he wouldn't be using DRM in iTunes if media companies were reasonable. I'm a tad skeptical, but at least he said that instead of nothing.

Now there seems to be some legitimate reasoning behind DRM. By theoretically preventing the copying of media they can protect themselves from piracy. The problem is DRM is rarely used for this purpose; instead of protecting themselves media companies seem instead to be using it so they can re-sell you the same content over and over again. Why let someone buy media to play on their TV, their portable media player, their phone and in their cars when you can sell it over again for each one?

But the part the really boils my blood is that by using DRM companies are sending out a clear message: they don't trust us with their content. They assume we're all out to destroy them, and that we have nothing but malicious intent. They're treating us like little kids; it's beyond contempt.