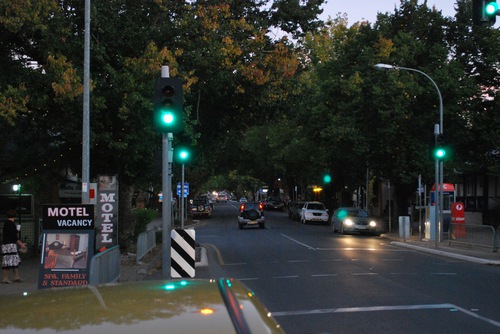 If I were a car driver, I could now add Samoa to the list of countries I could figure out how to drive in, because they drive on the right side of the road now. Wait, I meant right as in correct not as in the right-hand side. I meant they're now driving on the left-hand side. From the SBS Australia news site:

On Tuesday, Samoa will end a century-old tradition of European-style driving, on the right, to become aligned with its Pacific neighbours.

The controversial move will make car importation from Australia and New Zealand easier and cheaper.

But the move has been fiercely opposed, with thousands taking to the streets in protest and backing a law suit to have the change overturned.

Until recently I had no idea so few countries drive on the left. I'm an Aussie and grew up in Singapore and Malaysia, so guess I'm just used to it. Apparently aside from much of the Pacific, Indonesia, Ireland, the UK, Japan, Hong Kong and most of south-eastern Africa most of the world drives on the right.

I know I have my own biases, but I always thought driving on the left made more sense anyway. Most people are right-handed which means they have better control of the steering wheel, while their less accurate left hand is just used for the transmission.

What can I say, people say I tend to have left-leaning sympathies ;-)