I realised I have all these photos taken over the years, but I’ve barely shared any of them. I’m going to change this, in a new post series called Ruben Mines His Photo Archive. Wow, I gave that title no thought at all.

We lived in Singapore for many years, but also briefly in Kuala Lumpur, Malaysia. They’re only 300 kilometres apart, so we’d often take an Aeroline express bus between them. It involved riding from HarbourFront in Singapore, to the international border at Tuas, then crossing the Second Link bridge into Malaysia, then spending a few hours driving along the Federal Highway to KL. 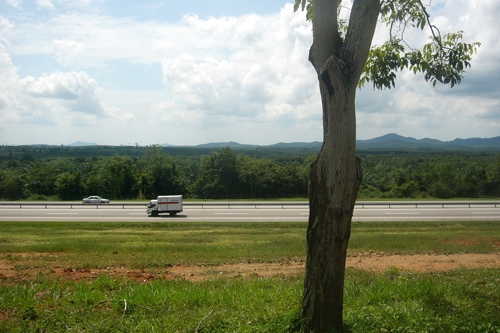 Coming from one of the densest cities in the world, to suddenly endless plantations was always a surreal, calming experience. I usually can’t stand buses, but the road was excellent and relatively straight, and the bus was comfy with power points and a downstairs lounge.

But eventually, sufficient assal horizontology mandated a break. The highway has several rest stops, the biggest of which consists of an entire shopping centre built into an overpass, with your typical American fast food chains, and some local fare. I have many fond memories eating a Spicy Ayam Goreng burger from the McD’s (as they call it), or a soup from the local stalls.

There are also smaller rest stops along the way with petrol, convenience stores, and some well deserved… facilities. This was one of the first ones you’d get to, which had a convenience store that always stocked my favourite Mr Potato chilli flavoured potato crisps! 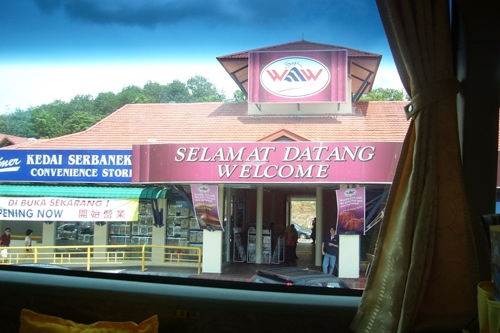 You’d always see an interesting intersection of people. Malaysian delivery trucks and locally produced Protons would be parked alongside Singaporean-registered Mercedes-Benz sedans and sportscars. And maybe a licence plate with some Thai if you were lucky.

But then it was back on the road again for the final leg of the trip. It’s a journey I hope to replicate with Clara and my sister next year. 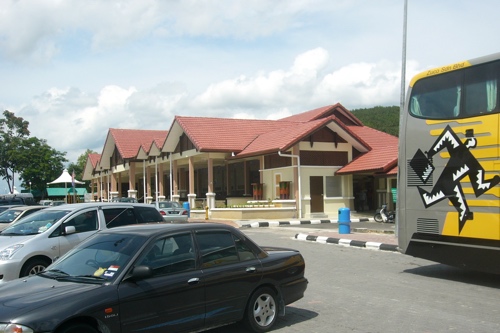