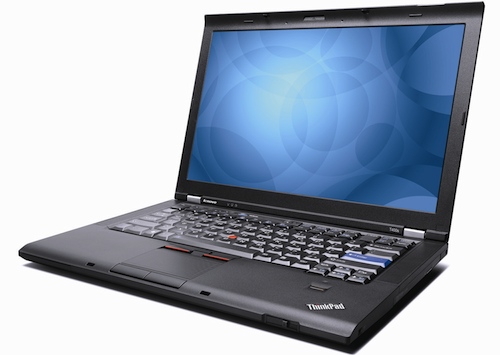 Since my MacBook Pro's latest in a long and painful run of hardware problems I've been entertaining the idea that I might have to replace it sooner than I thought. Since I got my iBook G3 back in 2001 it's never crossed my mind to ever look at laptops other than Macs, talk about brand loyalty!

A lot has changed with me since I got my MacBook Pro in 2006 though. For one thing, I'd barely used Linux in any serious way before then and now I'm more than comfortable with FreeBSD and several Linux distributions. The vast majority of the software I use on my Mac are cross platform that were originally designed for Linux such as OpenOffice.org, Gnumeric, VLC, The Gimp, UFRAW, Inkscape, Thunderbird, Firefox and Midnight Commander. When I use my ThinkPad X40 "netbook" with Debian Linux, I've been surprised by how ergonomic it is to use and how little I've missed from my Mac other than perhaps fonts, and iTunes to syncronise my iTelephone.

I think I could picture myself not using an Apple computer. Have you picked yourself off the floor yet? Apple computers have always been a pleasure to use and Mac OS X is fantastic, but they've never been the most reliable machines with hardware, at least in my own experience.

As I've said many times, the other line of computers I've always liked alongside Apples have been ThinkPads, and looking at the specifications for their T400s and the T400 with discrete graphics they're are very competitive, sleek machines for much less than a MacBook Pro. Not only that, but they have expansion slots not just a SD card adapter and a decent number of USB ports! Of course the ThinkPad will come with some ugly flavour of Windows not Mac OS X, but that's something that can be overwritten with a real OS. Wonder if you can get refunds on Windows licences?

I'm bluffing and kidding myself of course, I'll probably get a unibody MacBook Pro when I can afford it, but like a religious person who used to be certain they knew their creator but has read one too many books on evolution and now has small inkling of doubt, if I do decide to get a Mac again, it won't be after giving a PC serious consideration for the first time in 8 years. That's already a huge change for me. Don't think Steve will lose much sleep though as long as I'm still buying.