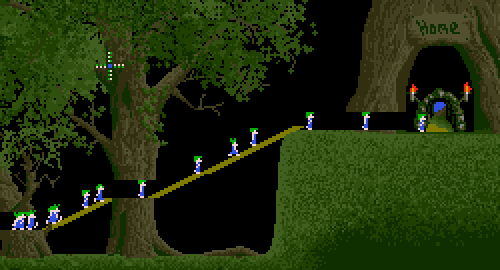 I wasn't born when the DEC PDP-8 computer came out and was only a few months old when the Commodore 128D did with it's Zilog Z80 awesomeness, so the earliest nostalgic computer memories I have are of our old DOS machine from the early 90s. As I've said here many times before we ran DOS with PowerMenu and originally Windows 3.0 with Multimedia Extensions, then Windows 3.1.

In my spare time for the last couple of years I've been collecting legitimate copies of some of the software we used to have on that 486SX tower so I could recreate it in some form of virtual machine on my MacBook Pro or FreeBSD machines for silly, irrelevant, nostalgic purposes. So far I've found DOSBox has been the easiest, lightest and most portable solution to use, even if it is a little slower. I consider slower a feature though, makes it feel more authentic :).

In the same manner as our original DOS machine we dubbed the "Melbourne Computer" because my dad's job had us living there at the time we bought it, I have DOSBox set up to load PowerMenu upon booting, with our DOS apps available from the menus and Windows configured to launch if we want it. At the time this meant we didn't have too much of our precious 4.0MiB of RAM being used by Windows when we only wanted to run DOS apps like XTreeGold or WordPerfect, and games like Commander Keen, Lemmings and SimCity Classic! I was born in the 1980s, but I grew up in the 90s :).

Anyway I had a point for this post, but I long since lost sight of it and rambled on for a few paragraphs about silly nostalgia. Perhaps I'll get back to what I was supposed to be posting about some other time.