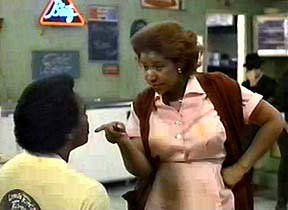 As if the original Blues Brothers wasn't the best movie of all time, and as if Aretha Franklin doesn't rock!

What started off as emails regarding arabican caffinated beverages (none of that robusta Nescafe junk) has now progressed to the point where I was asked:

Speaking of humor, I read that funny woman turn off men – women want a man who is a humor “generator,” while men seek a humor “appreciator.”

Based on experience, I say COMPLETELY True. Men are so threatened by sarcasm from women (Thanks, great professors of behavioral studies for only coming up with this now). What do you think?

I think there is some level of truth in your observations; it is true there is a feeling generated when you get someone to laugh that just feels darned good, and if it's a member of the opposite sex, more power to you ;).

From where I stand, I think it takes a certain level of intelligence to be able to pull off randomness and sarcasm; I guess to some men random sarcastic women are scary because they don't feel as smart and feel threatened intellectually.

To use computer networking terminology though (you speak what you know!): to me great humour isn't a simplex connection, it's duplex. In real world langauge, there isn't any point to humour if it's only one way. I want someone who I've just zinged to zing me back! To me telling a joke to someone and just getting laughter in response is boring because there's no challenge. I might as well talk to a table with a canned laughter button (obligatory Monty Python reference).

I guess you could say that I'm the exact opposite; I really like girls who can make me laugh! That's the reason why I am particularly drawn to the The Melancholy of Haruhi Suzumiya anime over most others: the protagonist is so ridiculous and preposterous in her actions and so completely random!

I'd be interested to hear what other peoples have to say about it. Do sarcastic women turn you off? Do you prefer women that will just laugh at anything you say and not threaten you intellectually? Do you wear matching socks?