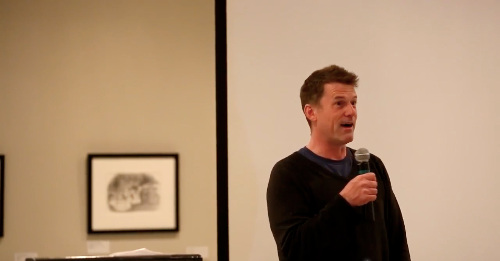 Merlin Mann’s Say it don’t spray it productivity talk on the OmniFocus site was a keeper. The following was the most salient part for me, other than blackberry jam. Hi; is your jam not berry enough? Hi. Wait, that wasn’t it.

Every time you realise a dependency, you get closer to what you need to do.

You don’t need to be a GTD (® David Allen Company 2001) or OmniFocus nerd to appreciate that all projects have dependencies, and identifying those dependencies is the first step to get out of a procrastination spiral. Is that the term? Hi; is there compost in your crisper? Vegetables lacking crispness? Hi. I can’t say how many times I’ve been stuck on how to proceed on a task, only to realise its because there’s a dumb (and relatively simple) thing I need to do first to get the ball rolling.

Which reminds me, I have an assignment due on Friday. Is there something meta about watching a video about productivity, rather than doing that? Big week.

I’m also just an unabashed fan of Merlin Mann, though you probably long since figured that out.