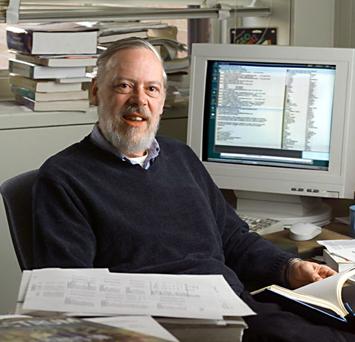 Whereas there are those that shine in the limelight and are celebrated in the general public for their contributions, there are the quieter ones in the background who's wisdom and genius benefit all of humanity.

His legacy is the amazing tech world we have now

Dennis Ritchie was one of the true computing pioneers. He was the R in the K&R C Programming Language; a tome which all computer science students and programmers have studied, language designers have used as inspiration, and upon which much of the world's software has been developed. The descendents (direct and indirect) of the UNIX operating system he co-developed power the world's fastest supercomputers, the Internet, workstations, phone networks, and quite possibly the handset in your pocket.

C and UNIX haven't been without their critics or detractors, but it's hard to imagine the world without them, or argue that they haven't have a profound effect not just on our industry, but the entire world. Its a testament to his principals that decades later we're all still using this language and descendents of this system even in our latest generation of devices, software and networks that are continuing to make our world a smaller, more connected place.

We have truly lost one of the world's greatest minds today. I will miss his brilliance, but also his famed modesty and gentle good nature. On a personal level, he was a teacher and mentor whom I never got the chance to meet, but whom I've looked up to since I was a child first wanting to explore computing.

I hope as he lay his head down to rest for that one final time that he appreciated just how many lives he has touched.

Most fitting way I can think of

I'll anger the standards bodies for this, but derived from his definitive work.