Having let more unread posts pile up like a massive pile of unread posts, I've decided once and for all to declare Google Reader bankruptcy. George Bush, I Can Haz Bailout?

As stipulated in the bankruptcy agreement with the Court of Google, I have clicked the Mark All As Read link and deleted all the feeds I've subscribed to, on the proviso I lead a more sustainable lifestyle from now on and only subscribe to enough feeds that I can afford [with my time].

And because it's easier to write about something instead of actually doing something, behold a post discussing my new Google Reader strategy in all its strategic gloryness. I'm pretty sure that isn't a word.

Back when I first started using blog readers in the day with Bloglines, it was assumed in the tech community that aggregators would somehow become intelligent over time and relieve us of information overload. In that context it made sense to subscribe to as much stuff that interested us as possible so the super smart software intelligence smarts would be able to paint a more accurate picture of our tastes and preferences, and help us in our quest for enlightenment.

Of course, this never happened, and here we are in 2010 with trillions of web pages and billions of web feeds (probably). Alas the burden is still on us to select feeds we think are useful and be selective about what we subscribe to, because if we subscribe to everything that looks interesting, we end up reading less, if that makes sense. It's like an inverse relationship thing.

Henceforth, Ruben Schade's Google Reader 2.0 will only have feeds I've vetted and am confident I'll read often. Each feed might be free in terms of moulah, but they all have an opportunity cost. 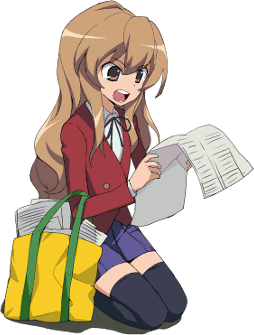 With the advent of Twitter and near-realtime news, I've decided to ditch news outlet feeds from Google Reader entirely. Combined they added up to hundreds of new posts to read each hour which would be added to my dismayingly large "All Items (unread)" number with alarming speed. Besides, I would have already seen the news they reported in TweetDeck hours before.

Henceforth, Ruben Schade's Google Reader 2.0 will only be for analysis and fully fleshed out posts, not just headlines.

Only a summary? Cheerio!

This is one of the arguments that's as old as RSS: should whole posts or only summaries be included in feeds? As a blogger myself I can understand the attraction with only including a summary in a feed so people come to your site (which means they're more likely to click other things and leave comments), but as a blog reader it frustrates me when all I get is a truncated version of a post.

Henceforth, so I don't have to leave the Google Reader environment, in Ruben Schade's Google Reader 2.0 I will not be subscribing to blogs that only post summaries.

No moreth of Ye Blog Networks

I've lamented the appearance of huge blogs with lots of writers several times here before; suffice to say with them around there are fewer individual voices with their own ideas and insight and more homogenised material churned out that's largely indistinguishable from other homogenised material.

There are still some insanely interesting people who are allowed a certain degree of individual freedom on blog networks (Om Malik's GigaOm for example) but henceforth if I can find an independent writer who's passionate about a topic, I'll choose them over a network writer. Personally maintained and written blogs by interesting people are so much fun to read.

Can I pull it off?

Or perhaps a more pertinent question: will all of these "henceforths" make any difference? Probably not!

I started off with good intentions, but for the most part I ended up subscribing to virtually everything I had before. I suppose I'll just have to get used to clicking that big ol' "Mark All As Read" button more often!