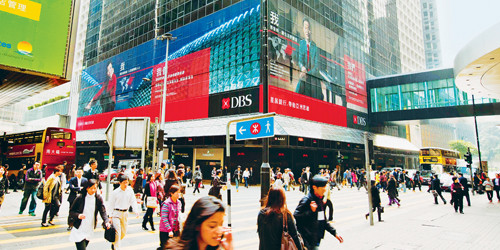 I didn't intend for this to be a series, but here we are again! We heard of the skimmer problems with DBS ATMs, and the response the bank garnered from customers. Now we're finding out what DBS is going to do about it.

Photo from the DBS 2010 Annual Report. I'll bet their 2011 report will mention losses incurred from this incident. Maybe!

Prevention is good, but…

Channel NewsAsia reported on the basics, but for the real story we turn to the DBS Newsroom which inexplicably needs JavaScript enabled to work. How terribly frustrating!

If you're a cardholder you'll want to read the full report, but this seems to be the primary action they're taking:

All customers who have made overseas withdrawals using their ATM/ Debit cards at any point in time on or after 1 July 2011 will be able to continue to use their cards outside Singapore. However, they can also choose to block the overseas ATM cash withdrawal function at any DBS/POSB ATM, branch or by calling the DBS contact centre. For added protection, they can also choose to lower their daily cash withdrawal limit at any branch

If I'm parsing this correct, DBS are implementing an opt-in approach for overseas ATM banking. This would seem to be the opposite of what HSBC does; I handle some finances for my father, and in the case of his HSBC cards he's informed by SMS when overseas transactions occur. I think both serve their purpose, but the opt-in approach would be the most foolproof.

Yes, but what about the hardware?

While these preventitive measures are valuable, they don't address the underlying hardware issue: that ATMs in Singapore can have skimmers installed which record customer information. To that end, DBS offered some advice:

Be Observant – If something about the ATM does not seem or ‘feel’ right, then stop your transaction and use another ATM. Do not remove any suspicious devices from the ATM, as it may be under surveillance by fraudsters.

I'll be looking out for another followup press release. In the meantime, I'd better check that I've used my POSB ATM card in Sydney since July last year; I'm pretty sure I haven't!