(I have a longer post pending about Mr Robot, but my dad built him for me as a chest of drawers before I started primary school. Last year I removed the drawers and now use him for Hi-Fi gear. It’s almost as though he knew in advance, given he’s just wide enough for a standard RU of equipment)! 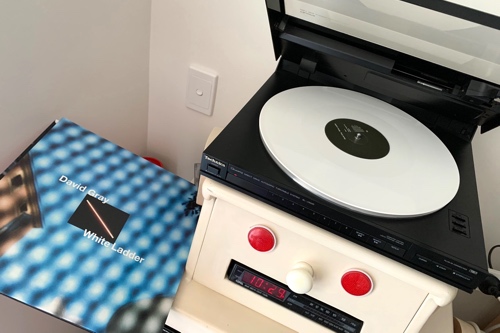 White Ladder remains one of my all-time favourite albums. It became a breakout hit in the early 2000s, but I always thought it had more of a mid-to-late 1990s vibe for reasons I can’t articulate. I since learned from its Wikipedia article that it was indeed recorded during that time, which I was happier to hear than I perhaps should have been!

The album is such a nostalgic snapshot into my childhood, both from radio play at the time, and its later inclusion in my iTunes chill playlists. There was something so unique about his instrumentation, which I think wasn’t appreciated as much as his distinct voice at the time. Pianos are such a perfect fit for pop music, it’s a shame it isn’t used more often.

Babylon was probably his most well-known track, but my favourite is still Please Forgive Me.