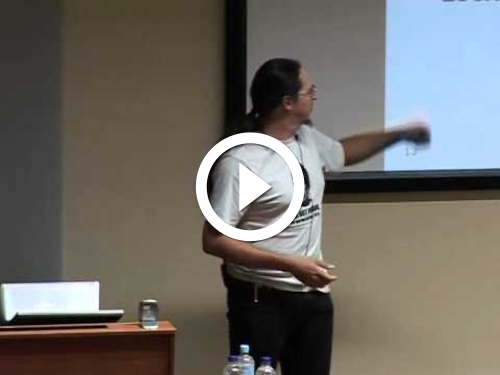 Some of this video went over my head, but it was still a fascinating talk. Dave Chinner is an Australian working for Red Hat on XFS, the file system developed at SGI for Irix and ported to Linux.

I use ZFS for my personal data stores; for the integrity checks that Dave says belong in different layers, but also because its way easier than dealing with a disparate stack. But for my Linux boot partitions and other places, it‘s XFS all the way and has been for a few years.

Incidently, the normally conservative CentOS has adopted XFS as its default file system for 7. That said, they've also adopted systemd.