Aside: The first version of this post had the title typo’d as 2002, not 2020. Not aht I’d ever be caught mkaing typos. Only one of those were intentional, woohps.

One of the pitfalls and potential downsides of attending conventions is being confronted with all the anime figures that have come out, and images showing what’s dropping later in the year. Clara and I are reformed collectors; we still have a few shelves between us of this PVC crack.

Saitom is one of my favourite current artists, so naturally I was excited to see Homura/Pyra and Hikari/Mythra from Xenoblade Chronicles 2 getting re-released again. Hikari’s resemblance to Angela from Expelled from Paradise is particularly noticeable here, right down to the translucent green on her arms. Clara and I don’t play the game, and I don’t even have a Nintendo Switch; not that trifling things like that have stopped us buying figs before. 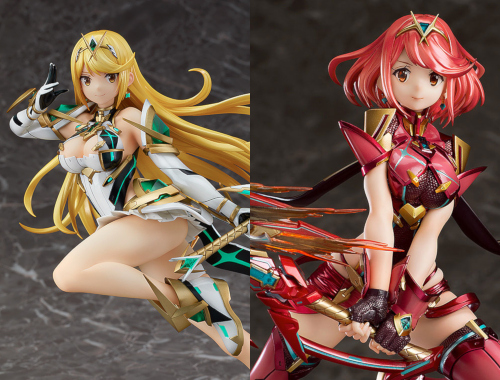 Moving onto Figmas, is a phrase with three words. I’ve not been huge fan of them in the past on account of their awkward looking joints, particularly if it’s on someone’s arms or legs. But we reckon these came out better than most. Kaito’s face from matches the anime art style from Detective Conan so perfectly, and I’m a sucker for his top hat.

Clara and I also love racing figures, but we’re still trying to figure out what Saber from the Fate franchise is wearing in her latest Figma rendition. A coat with a belt, kind of? Either way, super cute. 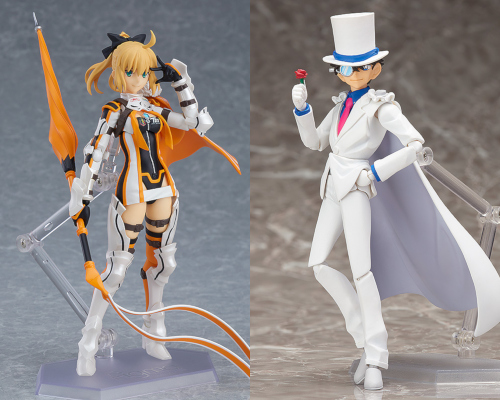 And also speaking of games I don’t play, I know enough people in my circle of friends who are obsessed with the Persona franchise that I’ve seen the news of this Kasumi fig floating around. Her chains are one of my favourite features of my gothic Mikuru fig from the 2000s, but it shows what another decade of material science and design can do with that extra level of detail. And her eyes are spot on if you’ve seen any promotional visuals from the franchise. 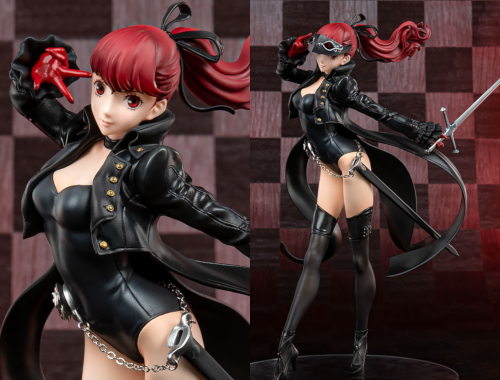 Before you ask, no, we’re not buying any of these. My hope is by blogging about them, they’ve become real enough here that I don’t need to own them in physical space. Yeah, sure, that logic has worked before.