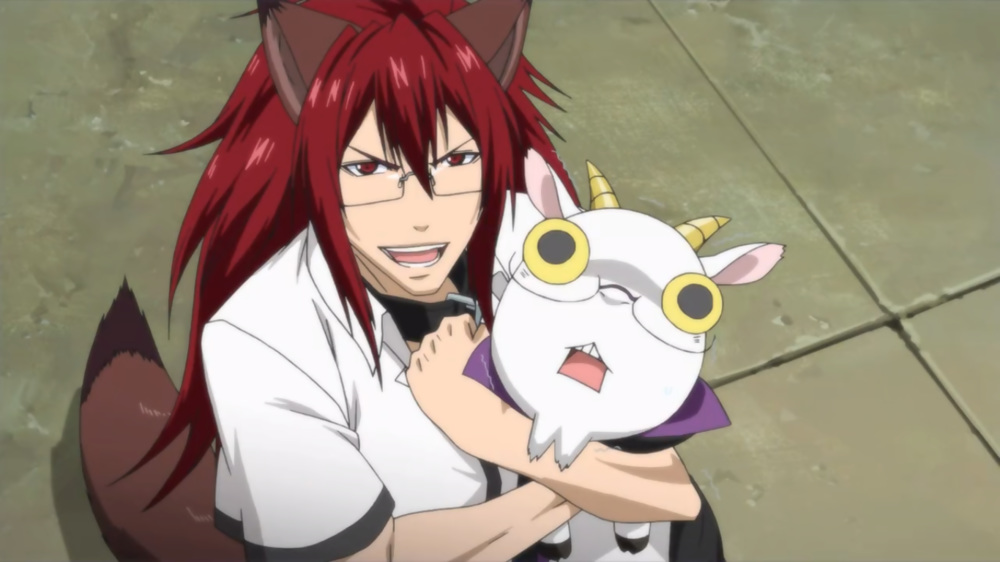 Part of the reason I got back into anime and manga around 2006 was simply because it was so different to anything I'd seen or read before. Case in point, yesterday Clara and I watched the first two episodes of Cuticle Tantei Inaba in a public library, possibly the worst setting given we wanted to roar with laughter at least a thousand times an episode, give or take.

With its impossible plot twists and settings, otaku in–jokes and gags, it was absolutely, thoroughly inexplicable. 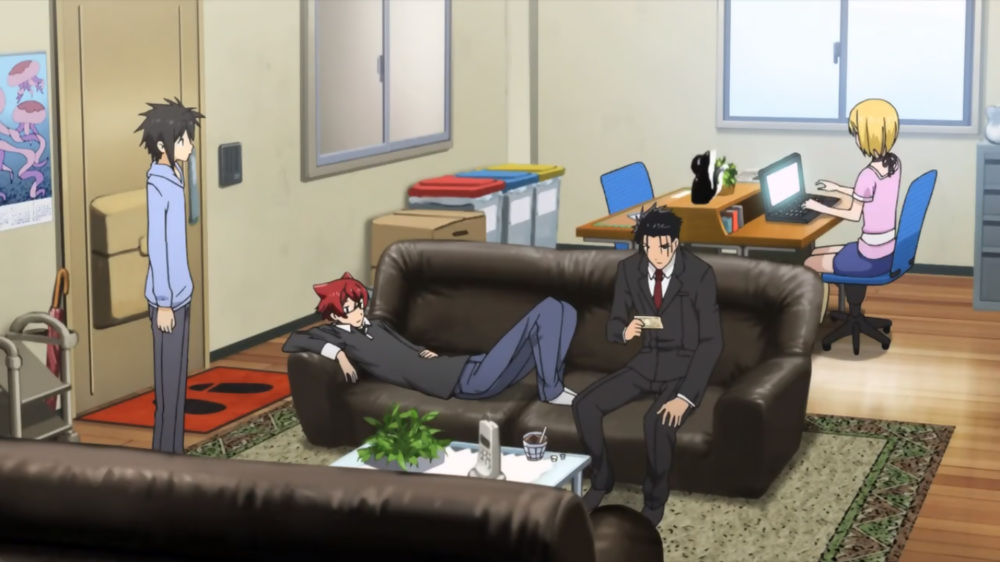 Our protagonist Hiroshi is a retired police dog human hybrid, who has ears like a cat, the mane of a fox and an uncontrollable attraction to certain human hairstyles. His crack team includes Yuuta, an exceedingly attractive young man who cross–dresses more convincingly than I care to admit; and Kei, who at least in this crazy universe appears somewhat normal.

Together, they attempt to solve crimes perpetrated by mafia Don Valentino and his associates in organised crime. Of course, Don Valentino just happens to be a goat with a literal appetite for counterfeit money. Bleet. 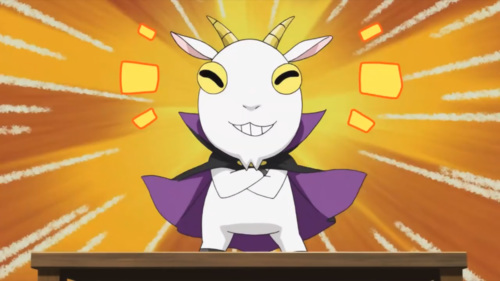 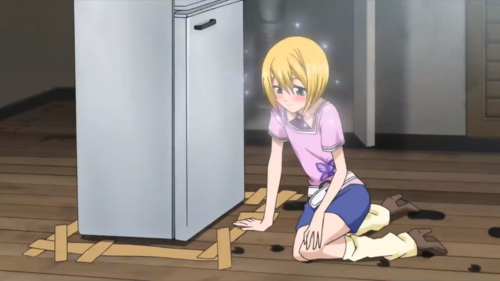 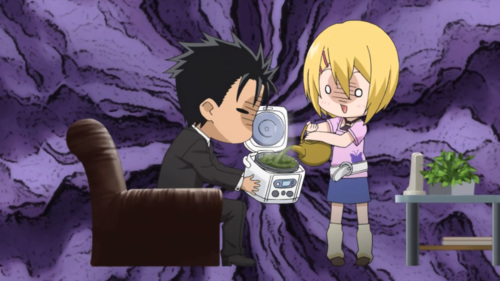 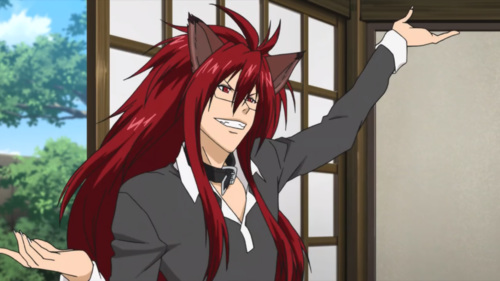 Now, I know what you're thinking. Ruben, you're extremely attractive. Well, I assure you flattery will get you absolutely nowhere, unless it's in the comment field after you've donated a cup of coffee. The other thing you're thinking, could a premise so utterly implausible and fantastic really be watchable, let alone good?

Somehow, this ridiculous plot and characters somehow gel together into a series that works. Combine this deliciously creamy plot with stellar voice acting and a delightfully cliché Italian-American mafia soundtrack, and we have a series I get the feeling Clara and I will both want to marathon the rest of while eating a big bowl of Japanese pasta. Good heavens how I miss that Italian–Japanese fusion restaurant in Wheelock Place. 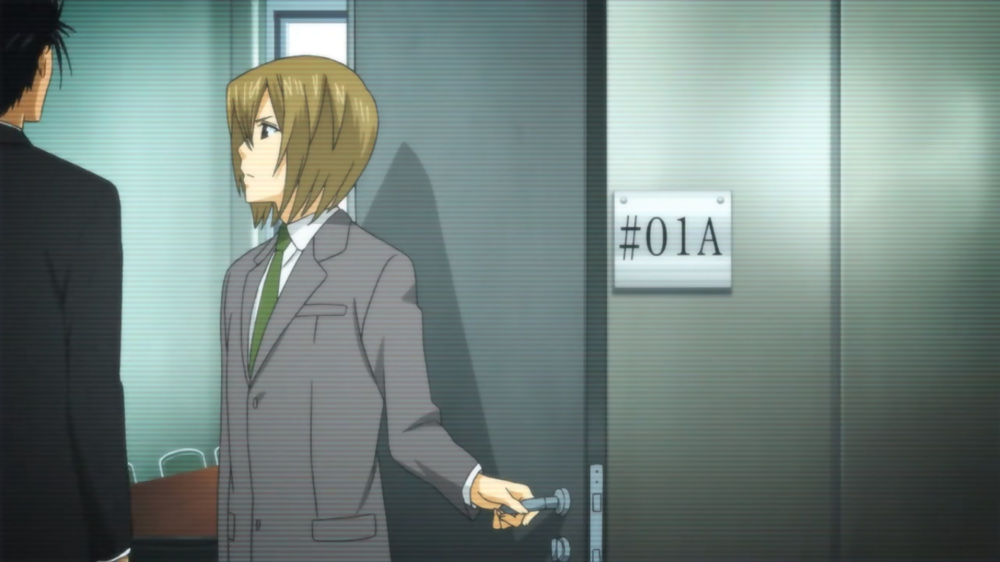 As an aside, the manga started on my birthday in 2008. Not sure what relevance this has to a series review, just thought I'd pass it on. I've also been told by Clara I bear a passing resemblance to one of the police officers, though I think she's just being polite.