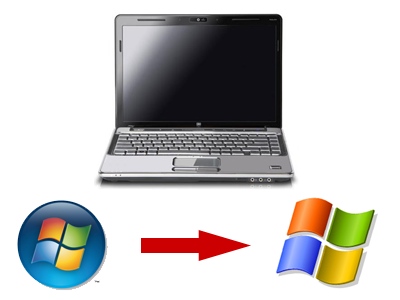 When I read blog posts like this one by Dave Winer where he refers to budget computers as craptops it stuns me just how far we've come. I imagine a person from 20 years ago would kill to get their hands on a computer with the CPU power of a current craptop. Of course as Pirelli has been telling us for 30 years power is nothing without control, and the craptops of which he speaks do come with Vista. Put 7 (or even better XP or a FLOSS system) on them and they're a bit better, but the kind of people who buy such machines probably don't know this. But that's for another post.

What I find interesting about all these articles about how netbooks and budget machines are making basic computing cheaper for the masses is that people continue to completely ignore the second hand computer market in their analysis. Sure netbooks are probably a bit ligher and smaller than an older laptop for the same price, but that's not to say you can't find yesterday's svelte executive lightweight subnotebook that has premium build quality, a keyboard that's actually usable and great battery life for less than a bargain basement dinky new machine now, while probably still being able to perform all the same tasks.

I admit as with buying a used car, when you buy a second hand computer you don't know how the previous owner treated it and whether or not said hardware is in good condition. Leaving aside refurbished computers that often do have a limited warranty, it comes down to how much homework you're willing to do on sellers and hardware. 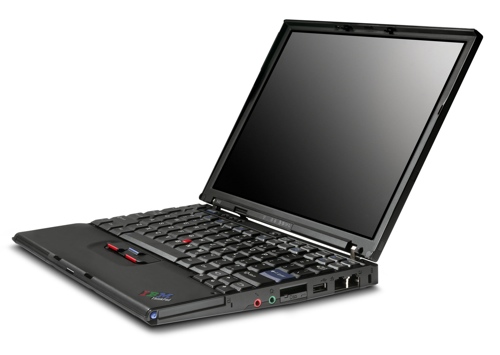 I've bought several second hand computers for myself (latest is a ThinkPad X40 pictured above) and friends over the last few years and the only problems I've had have been related to dying hard drives which I always upgrade to higher capacity or SSD units anyway. Even if you do have to replace a defective part, often they're cheaper because the hardware is older, and you're still better off.

I adore my 2006 MacBook Pro and when I finally get around to replacing it I will be buying a brand new machine; I think if you intend a machine to be your primary workhorse it makes sense to spend the extra money. For netbooks though that you use at coffee shops or that desktop you have in the corner downloading anime torrents (not that I do that, just an example you understand), I don't see any reason why a second hand computer that was fantastic and expensive yesterday won't do the job as well or better than a craptop from today. In many cases it may even work better.